Legends of Runeterra Nocturne Revealed!! Call of the Mountain Update

Darkness... is the new power

The updates in the Legends of Runeterra (LoR) continue as the newest expansion gains another champion card! Nocturne the shadow lord is here. Legends of Runeterra: Call of the Mountains is going to be a really exciting expansion with multiple champions arriving. Last week, we got the release of Trundle, the Freljord champion and now we have Nocturne, a shadow keeper.

Nocturne is a Shadow Isles Champion and we have 5 new cards coming with it. The card comes with a new Keyword: Fearsome. It is a 5/3 card that takes 4 mana to play. The nightfall ability gives an enemy -1|-0 at the start of the round. The cards in this set are powerful and versatile. Riot has also revealed a trailer video and the animation gameplay looks top notch and superb! 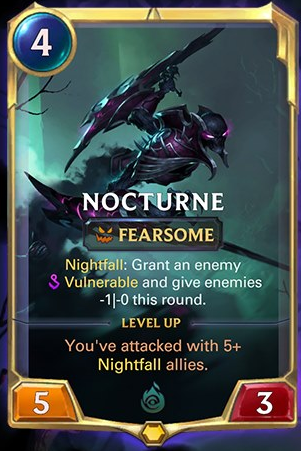 There are 5 more Shadow Isles cards alongside Nocturne. When you play the Keyword Nocturne card that has 6/4 hit points it gives all enemies -1 for each Nightfall allies. SUPER STRONG! 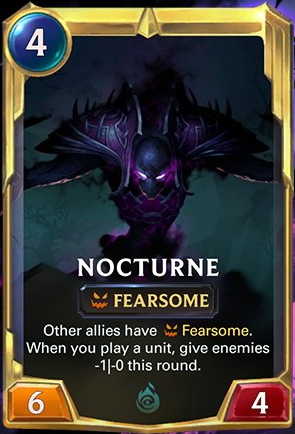 Play for 2 mana points and is an ability card. This allows you to shuffle a Nocturne card into your deck. It will also allow a random Nightfall card in hand. It also drains one life point from any card. 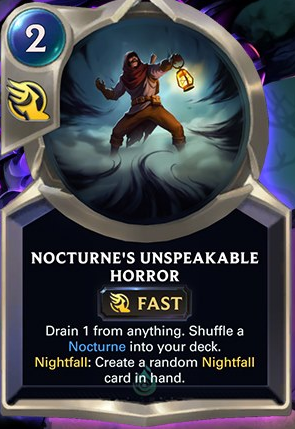 It has a fast ability meaning it will be immediately used.

This takes in the usage of the SpellShield Keyword introduced in this expansion. We have covered it here. If you play Shroud of Darkness it gives the next ally you summon +1|+0 and spellshield to protect the next round! 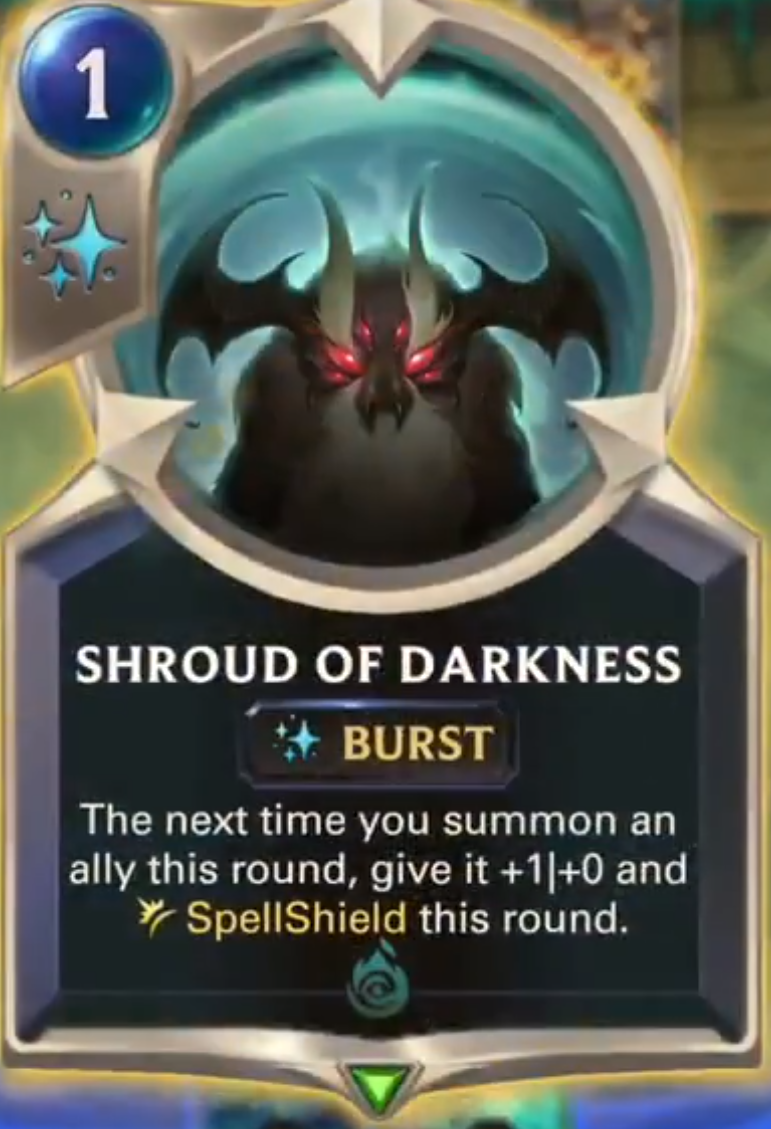 This is a burst card that will allow you to summon mistwraiths, you can head over to Runeterra wiki for more information. 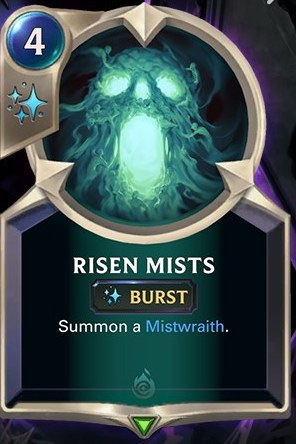 This allows you to create an Ephemeral copy of any card from the above 4 and add it to your deck with re-shuffle. 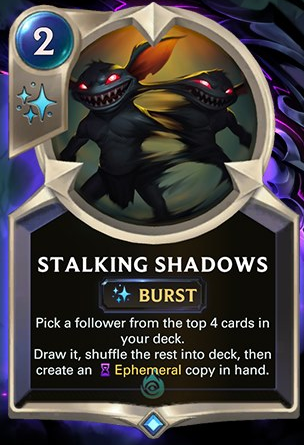