Updated on November 1, 2020 : This post is updated regularly. You can find the current status of the League of Legends Wild Rift server at the bottom of the post. The original post from October 27, 2020 follows below.

As League of Legends: Wild Rift makes its debut on the SEA servers with an Open Beta, there are multiple issues cropping up. It is expected because the game is fresh and Riot is still figuring out things from the backend aspect. If you have downloaded the open beta of Wild Rift on your phone and are having login issues, you are not alone. Servers down problems that says ‘Authentication Error’ persist throughout the regions of the OBT. It is likely these problems will be constant in the initial phases of the game. Wild Rift server maintenance might also cause these problems. All we can say about the server status of Wild Rift is that there are login issues.

(The open beta rolled out today for some reason and will soon be available on Playstore but if you are anxious to download it now follow our guide. )

The problem persists mostly with logging in. Players seemed to be kicked out of the game as soon as they use the three pre-register methods. The game is currently available in some of the regions only but will be available everywhere in SEA by tomorrow.

And what I'm afraid of is coming !!! server crash pic.twitter.com/93O53zdYyE

Any official word on Wild Rift Server Down? No, not yet. We’re not able to obtain a word from the official service channels or their social media handles.

Rest assured, we’re keeping a close eye on all server maintenance news and related developments, & will update the story with relevant info as and when we come across any. So in case, you’re encountering the Authentication Error discussed here, stay tuned for updates.

This sign-in issues may also be prevalent due to the early phase of the open beta. It is currently only available in the SEA servers and a lot of players are trying to access the game through VPN.

An official word from Riot Games has arrived & it says that Wild Rift is currently having some login issues & devs are currently working to resolve it. Have a look at the screenshot of the official message down below. 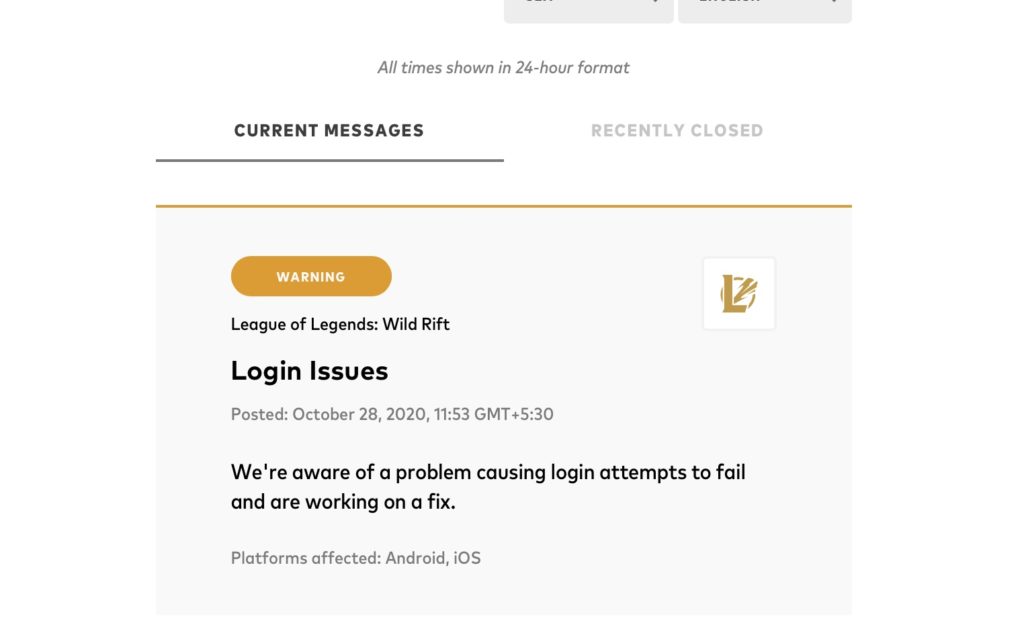 Th official Riot Games server status website states that there is currently a social login issue & account managing issue on Korean servers. Have a look at the official server status down below.

League of Legends Wild Rift is currently having log in issues via Apple ID on SEA & Japanese servers. Have a look at the official screenshot down below. 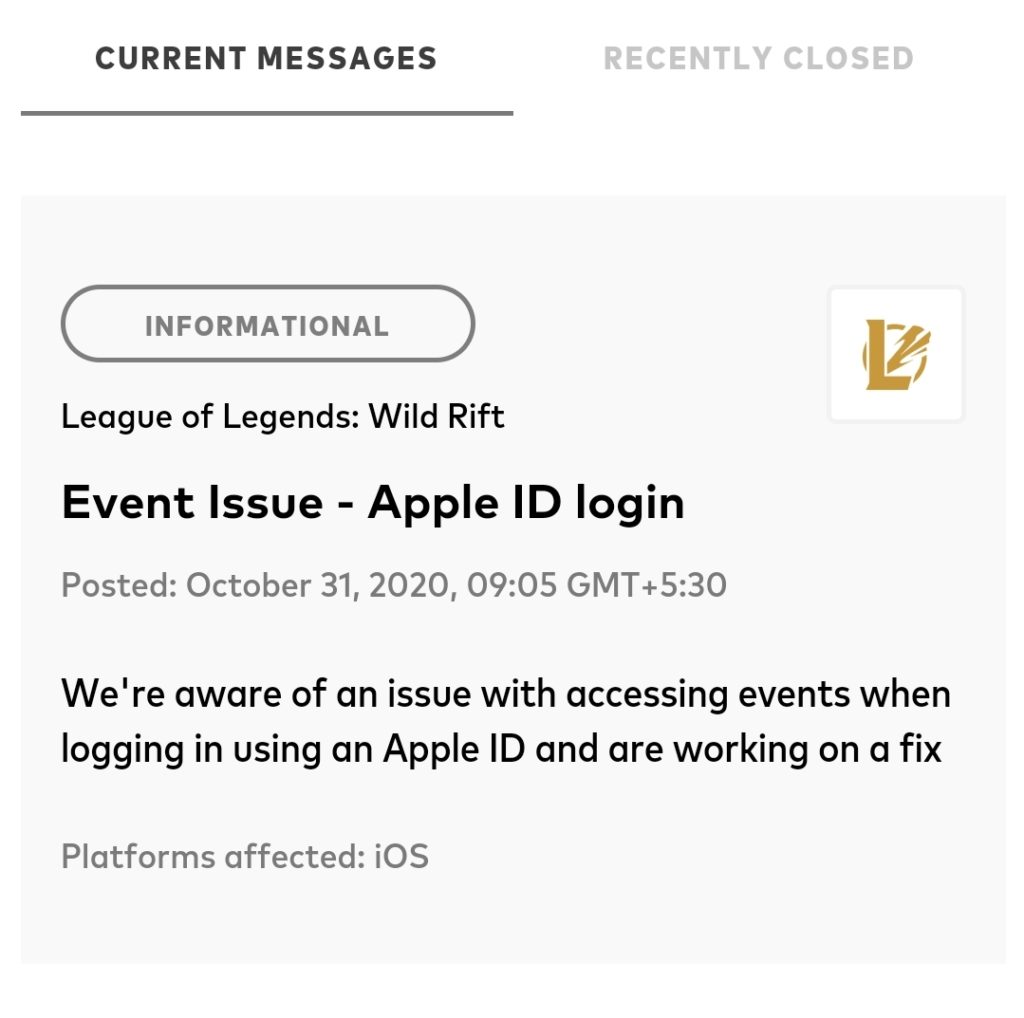 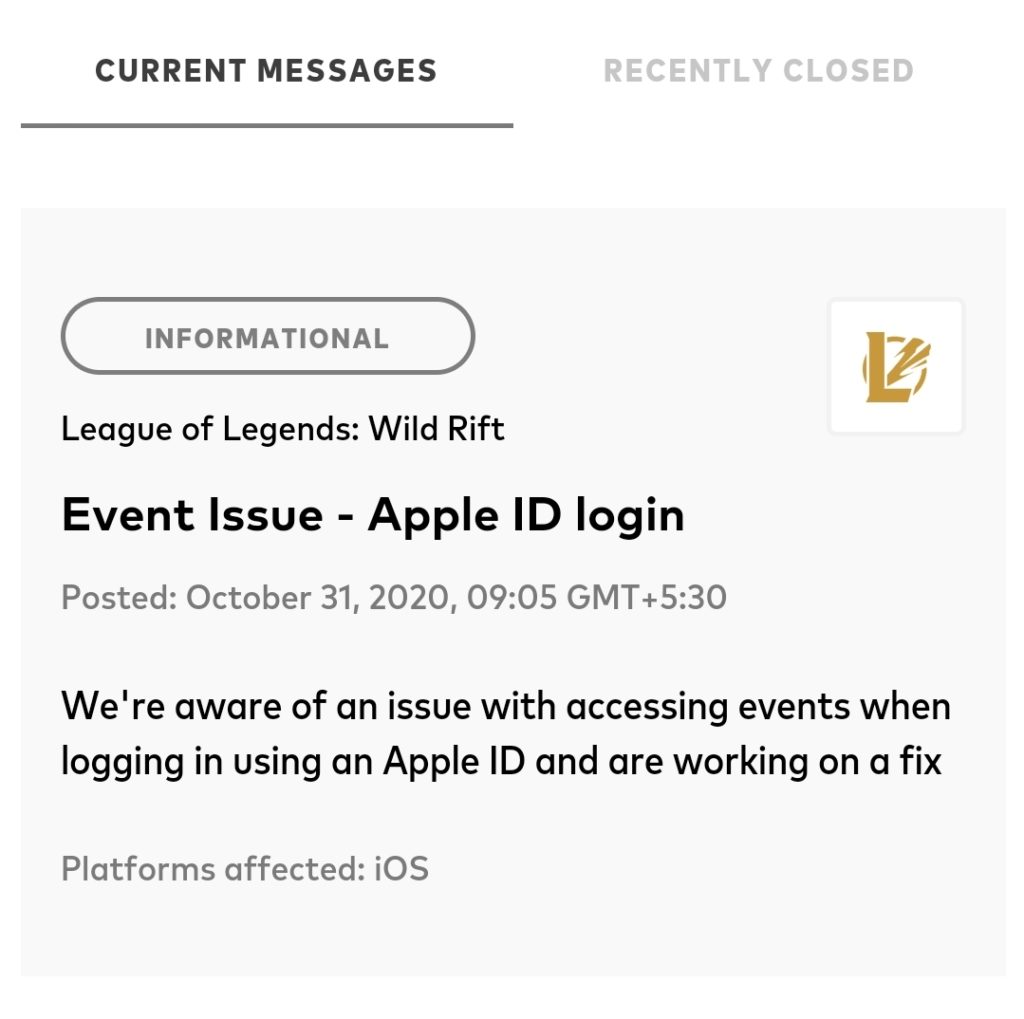 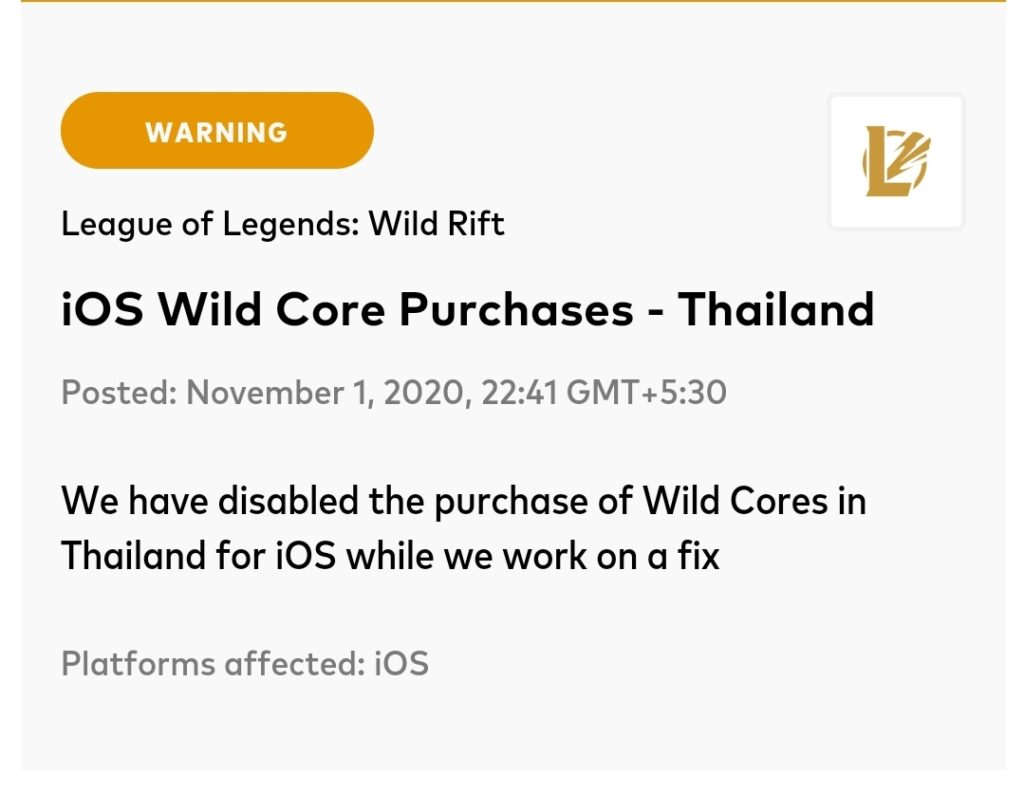 Genshin Impact “Marvelous Merchandise”: How to complete the quest