League of Legends was developed and published by Riot Games. It is a multiplayer online battle arena video game inspired by Defence of the Ancients, a custom map for Warcraft III. The game is frequently referred to as the world’s largest esports, with a 12-league international competitive scene. Although this game is quite popular, it has some glitches and unexplained bugs. One of them is the Wild rift authentication error. If you are facing the same error and want to fix it, we have some solutions in this blog for you! 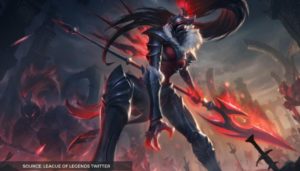 League of Legends: The Game

From an isometric perspective, the player controls a character with a set of unique abilities. Over the course of a match, champions gain levels by killing enemies and earning experience points. Items improve champions’ strength and are purchased with gold. Players accumulate over time and earn actively by defeating the opposing team’s minions, champions, or defensive structures.

Items are purchased through a shop menu in the main game mode, Summoner’s Rift. It is only available to players when their champion is on the team’s base. Each match is unique; levels and items do not carry over from one to the next.

What is the Wild rift authentication error in League of Legends?

There is an error code that has been ruining a lot of matches for players all over the world since the latest update.

The error code “unable to connect to the authentication service” has been appearing a lot lately, and it’s been crashing the game and the client for a lot of League of Legends players.

The error message may appear during champion selection, at the login screen, or in the middle of a game. However, the exact cause of the problem is unknown.

How to fix the Wild rift authentication error in League of Legends?

This error has been disturbing and frustrating many players; however, we have some easy solutions to help you fix the error.

Players experiencing this issue should first check the server status for their specific region, as the problem could be caused by Riot. By clicking on this link, players will be able to see if the server that they play in is currently facing any downtime or not.

Windows Firewall is commonly to blame for errors such as being unable to connect to the authentication service.

If the above two options are not fixing the error, then reinstalling the game might help you resolve the issue.

The patch 11.1 update may have corrupted certain files in the game, which can be easily fixed by either repairing the files or reinstalling League of Legends from scratch.

These steps should help you fix the authentication error. If not, contact customer support for further assistance.