Several players will discover the LEC for the first time in 2021. Among them, we find very young rookies but also other players, hardly older, who come from other regions. However, they have one thing in common: the ambition to impose themselves at the highest European level.

We no longer clear whether after the last Worlds of League of Legends Europe is still the second-best region. But LEC continues to be a respected league that has more than one aspiring player dreaming of turning pro. At the end of the transfer window, several players will discover the first European league for the first time. Please note: not all of them will be rookies, strictly speaking. In 2020, to be considered a rookie, you must not have previously participated in more than half of the regular season in a league qualifying for the World Cup or not have participated in more than two games in a World Cup.

These new faces have a lot to prove in the LEC and hope to win over time. Whether they have the status of rookie or not, they remain little known to the general European public and will have to convince observers and supporters alike. Among them, 5 players are to be watched more particularly in our opinion.

The Turkish toplaner will be particularly expected at the turn this year at LEC. Armut is not a rookie. He has been playing in the Turkish first division since 2018, has been crowned several times champion and has even participated in the last two editions of the Worlds League of Legends. In 2020, he shone during the play-in by dropping the MAD Lions. Now that he has rejoined his former victims, we have to see if he has the shoulders strong enough to ensure in a major league team. In any case, he will have a lot to do to convince the European fans, who are not always gentle with minor-league imports.

Armut will have all the more pressure as he joins a top-ranking team. Versatile, since the start of his career he has played both carry toplaners (Gnar, Jayce, Kennen …) as well as tanks (Ornn, Shen, Sion …). We do not yet know what priority we will give him at MAD Lions since the other laners of the workforce are sure values ​​well established. But given his CV and his import status, Armut will be one of the attractions of the start of the 2021 season anyway.

AGO ROGUE , Rogue’s academic team, donned the costume of the goose that laid the golden eggs during this transfer window. After brilliantly winning the last European Masters, all the young nuggets have left the ship. Among the players of the winning squad, 4 caught the eye of the European elite and made a place for themselves in the sun. But unlike Mathias ” Szygenda ” Jensen (Vitality), Nikolay ” Zanzarah ” Akatov (Astralis) and Paweł ” Czekolad ” Szczepanik (XL), Trymbiis the only one to integrate a leading structure. Rogue was indeed at the Worlds last year and played a part in the festivities during the 2020 season by shaking the European elephants that are Fnatic and G2. Trymbi’s arrival in LEC also caused quite a stir as the young Pole pushed veteran Oskar ” Vander ” Bogdan towards the exit. It is a big bet on the part of the leaders and an excess of pressure on the shoulders of the young support. Whether he succeeds or crashes, we’ll definitely hear about this rookie.

While the Rogue team has strengthened in toplane by recruiting Romanian rocker Andrei ” Odoamne ” Pascu, the team’s bot lane should have a lot of priority and freedom. Which suits the style of play of Trymbi who really enjoys playing Thresh hoping to dominate his lane. We are also eager to see if his Rakan will remain undefeated for a long time now that he will play at LEC (14 wins, 0 losses, KDA of 7.1).

Don't miss @blueeg7's @lolesports ALL-STAR appearance, where he gets to represent the #TCL one last time and against none other than his future opponents from the #LEC! Live now!

Turkey is decidedly in the spotlight with a second citizen in our top. He will discover LEC for the first time this year with SK Gaming and will be able to count on many supporters. In addition to that of the Turkish community, he will be supported by the Belgians (he has dual nationality) and the French, since he is fluent in the language of Molière. In 2 years, he experienced a meteoric rise, moving from the Turkish academic league to the European elite, gleaning in the process a title of Turkish champion with 1907 Fenerbahçe Esports. He is surely hoping for a career like the Marek ” Humanoid ” Brázda or the Rasmus ” Caps” Borregaard Winther, who went through the TCL before shining in Europe. But successful transitions are not automatic and it is to be hoped that the march will not be too high.

At SK Gaming, Blue will integrate a very young squad since, among the 5 players, 4 will play for the first time at LEC. This is both a strength and a weakness for the midlaner. He will not be able to rely on the experience of his teammates but will be able to count on their fiery young wolves. They all have a lot to prove but Blue, a little more than the others in terms of his career. Just like Armut, a Turkish import that does not succeed in Europe has no excuse and will not be able to benefit from extenuating circumstances. 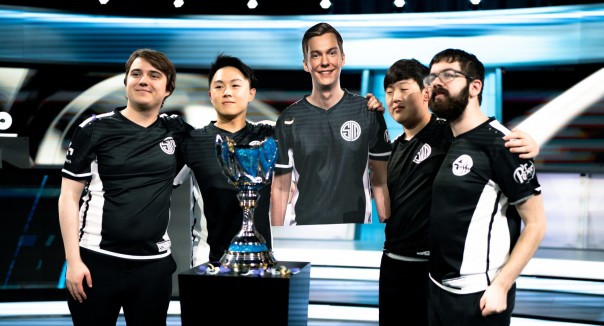 Treatz will also discover LEC in 2021 with SK Gaming. Little known in Europe, this Swedish support was mainly done on the side of North America. Its trajectory goes off the beaten track. So far, no European first division team had wanted to give it a chance. He spent two years in North America with TSM, with whom he won an academic title but especially an LCS champion title last year during the summer split. The Swede shared the post with Vincent ” Biofrost ” Wang at the end of the season. The latter played more but Treatz still fully participated in the coronation of TSM by participating in 6 games during the playoffs. An LCS champion who discovers the first European league is a first in the history of League of Legends and it deserves to be highlighted. We are even rather used to seeing movements in the opposite direction.

Much like Blue, Treatz has a lot to prove with SK Gaming. He waited a very long time to get his chance in Europe, and the train might not pass twice. It is all the more true that it is a defector of the LCS and that the Europeans are not always very tender with their best enemies. 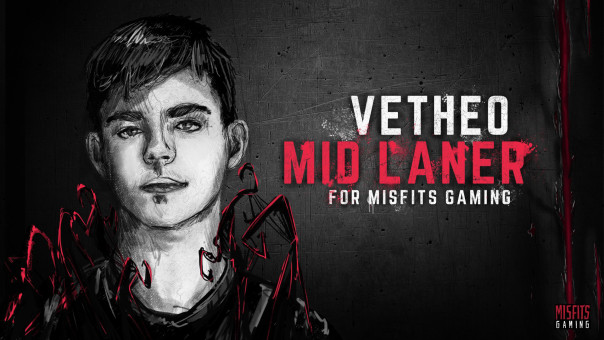 Impossible to make a top without putting at least a little Frenchie in the spotlight. With Jean ” Jezu ” Massol, they will be two to discover the big European league for the first time. However, we decided to promote Vetheo for several reasons. He is younger (18) and we had previously placed two SK Gaming players (Treatz and Blue). You have to know how to vary the pleasures and having this choice is in any case a good sign for the health of the French League of Legends scene. Vetheo also has the record for him, since he was crowned European champion with LDLC OL by winning the European Masters. There is still a long way to go for the midlaner before he can aim for the LEC crown with Misfits Gaming, but he still has time and plenty of room for improvement.

The old fox has turned into a rabbit, but he hasn’t lost any of his appetite. While Misfits Gaming had a hard time deciding the incumbent in several positions (top and support), Vetheo has the full confidence of its managers at the start of the season and will not share his playing time with anyone. The team is not at the top of the basket but it may be a bad thing for a good. The young Frenchman will have the opportunity to express himself without pressure and we can’t wait to see his LeBlanc (11 wins, 2 losses) against the best European midlaners.

Dota 2: Jerax not returning to OG, the profile is fake