League of Legends (LoL), also known as League, is a multiplayer online battle arena video game that was developed and released by Riot Games in 2009. The game has been free-to-play since its release in October 2009, and it is monetized by character customization. The game is compatible for both Windows and Mac OS X. Though this game has become very popular among gamers, it has some error and bugs which are unexplained. One such error in the game is that the champion select gets stuck at 0 and does not load further. If you facing the same issue and want to fix it, we have it all covered in this blog. 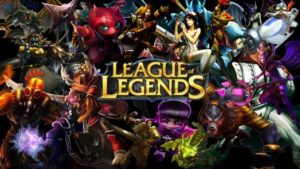 Two teams of five players compete in player versus player war, with each team controlling and defending half of the map. Each of the ten players controls a “champion,” a character with specific abilities and different playing styles.

Champions gain strength during a match by gaining experience points, winning gold, and buying items in order to beat the opposing team. In Summoner’s Rift, the game’s main mode, a team wins by moving through to the enemy base and breaking their “Nexus,” a huge structure inside.

Why is champion select stuck at 0?

As we said earlier, this game is enclosed with several unexplained bugs, one of them being, the timer at campion select is stuck at 0 and does not let the player load the game or enter a match. After a while of being stuck at 0, users are replaced with a bot in the match.

Whenever the user tries to load the game a pop-up appears with the reconnect button. This seems to be a common issue and has affected many players.

How to fix champion select stuck at 0 in League of Legends?

Although no official patch update has been released by the developers for this particular error, we have some methods which might help you resolve the error from your end.

Method 2 Turn off the Windows Firewall

Genshin Impact Mobile : How to Boost FPS and Increase Performance on Smartphone