Knockout City is a multiplayer game which is based on DodgeBall. In this game, players have to knock down other players playing from the opposing teams. The players use different types of balls in order to knock the opponents down. Even, players can also use other players as a ball to knock opponents down. This game has received a lot of positive reviews on it’s first beta gameplay. The players are eagerly waiting for this game to release on May 21, 2021.

This game is developed by Velan Studios and published by Electronic Arts (EA). EA has witnessed a loyal fan base whenever a new game is released by them. Knocking City will be available on these platforms : Microsoft Windows, Nintendo Switch, Xbox One, PlayStation 4, PlayStation 5 and Xbox Series X and S.

The next Crossplay Beta will be available to play from April 2, 2021 to April 4, 2021. The game fans are waiting eagerly to play this as this beta run is coming up with new exciting features. 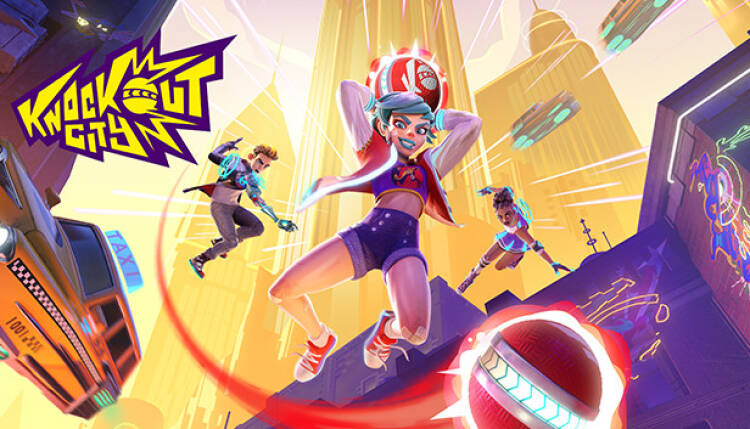 Knockout City will be available to play on different types of maps. There has been an announcement regarding the number of Maps, which is ‘5’. But there are only 2 maps disclosed as of now. One of them was played in beta 01 which is, ‘KO city’. Second map will be ‘ Back Alley Brawl’ which will be playable in the next crossplay beta (April 2-April 4). All of these maps are set in futuristic metropolis named Knockout City.

There are various types of balls with their unique powers. As of now, there are 4 balls introduced in the beta run of Knockout City. They are namely, Moon Ball, Bomb Ball, Cage ball and Sniper Ball (in next Crossplay Beta). There are many other balls expected in near future.

There are currently 5 Playlists announced by Knockout City on their official website. They are:

Diamond Dash – 3 vs 3 Battle, 30 points to win a round (collect points by collecting diamonds). Number of rounds is ‘best of 3’.

Knockout City has announced that there are a lot of other playlists which will keep rotating. It is also announced that, there will be a new playlist releasing every week in Season 1. The method and strategy of all the playlists will be different.

Knockout City: Play Crossplay Beta after signing up from here