Finally, the chapter has covered the brutality in the fight just like classic Kengan matches. The end of the second round was much better than most of the fights from the annihilation tournament. There was blood gushing out from both the fighters and the whole platform was soaked in blood. Falcon’s hand got crushed while Rihito was covered in stab wounds, and it ended getting choked by Falcon. However, being choked, Rihito relentlessly dug his fingers and tried to tear Falcon’s arm. This scene has given a glimpse of Cosmo and Akoya’s fight that happened in the Kengan match. But what will be the outcome of the match? Has Falcon won the second round or is it going to be another twist?

In this post, we will discuss the result of the second round, the beginning of the third round, and the release date of the next chapter.

Before moving on to the spoilers, let’s first discuss the brief combat of the previous chapter. Kengan Omega Chapter 70 titled “One Move” was an interesting chapter with a great fight. This chapter has covered the struggle of victory between the two fighters. On one side, Falcon injected his poisoned toes back to back in Rihito, simultaneously Rihito pierced Falcon’s chest wide open with his Razor Edge. Both the fighters fought with their best but in the end, due to the poison effect, Rihito fainted first. We know a lot of fans are sad for Rihito but he has shown great improvement since he fought in Kengan Tournaments. He put up a great fight against Falcon.  But the great thing about Kengan is that the fights are truly unpredictable. 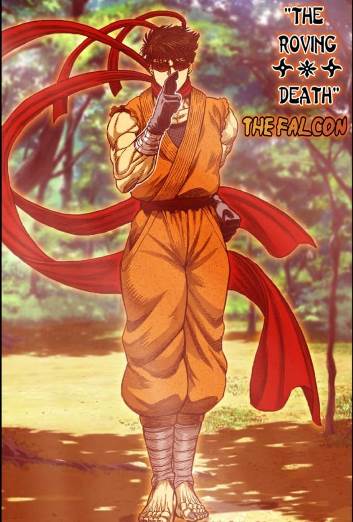 According to the Reddit predictions, there is a slight possibility of Rihito’s winning just like Carlos. Carlos had already lost the fight but still, in the end, he won from the purgatory rules. The same case might have happened this time with Rihito. He went unconscious but he was on Falcon’s chest for 10 seconds. Justified from the statement, “He is down” has shown the possibility that these 10 seconds has been technically counted. After all, it’s a Kengan series, anything is possible. Apart from this, another pinnacle part of the previous chapter was Lolong’s cross swords with Yumigahama (the sixth Fang). This has shown that Lolong is the strongest in Purgatory. Hence, we might see our hero, Ohma Tokita as the best rival for him.

Kengan Omega Chapter 70 titled “One Move” was released yesterday under MangaOne and Ura Sunday (Shogakukan). Kengan Omega manga is the continuation of the Ashura series which is written by Yabako Sandrovich. Kengan Omega is a weekly scheduled manga so basically, the next chapter will release on next Thursday on 30th July 2020 at JST.

Where to Read Kengan Omega Chapter 71 –

If you want to read whole Kengan manga, you can directly search it for on any browser. Fans can read the Kengan Omega Manga latest chapter next week, once they are released on the official website MangaStream. You can also read this chapter on the MangaOne app or the mangafreak website.

League of Legends: Yone Ability Kit Revealed with His Lore!