“Your opponent is just as incompatible with you as you are with him.” These words of Kuroki Gensai have deep meaning. But what does it mean? Does he want Rihito to go wild or he wants to remind his training? In this post, we are going to discuss the true meaning of this line, the outcome of the second round, and the release date.

Kengan Omega Manga chapter 67 titled “Way of the Ninja” was published yesterday under MangaONE & Ura Sunday (Shogakukan). The previous chapter has covered some intense combat between Lee and Rihito. In former chapters, Yabako sensei has delivered a full understanding of Lee’s past and dream. He only wishes to face the Ninja Master, Kuroki Gensai. From the beginning of round two, Lee has an upper hand in the battle. 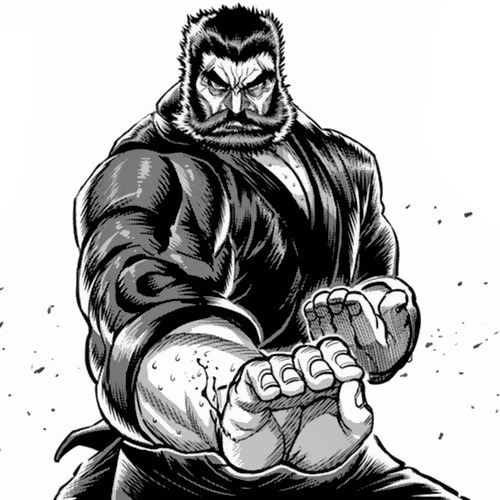 On the other side, Rihito has been overthinking all of the special defensive moves which makes him an easy target for the Falcon. Judging by the statement of Idemitsu, Rihito has lost his momentum and needs to get it back quickly, or else this fight will be over in no time. Rihito has only relied upon his fore sighting which is further plunging him into Falcon’s trap. Lee was a magician, master of misdirection and together with his “ninjutsu”, he can easily lunge Rihito’s foresight. Everyone has decided the winner of round two by giving incompatibility excuse.

However, it seems like Kuroki has figured out something. The words of Kuroki Gensai at the end of the chapter have a very deep meaning. He noticed that if Falcon gets tagged even once by Rihito, he will be finished. Based on the strength and brutal attack, Rihito is far more effectual than Falcon. By telling him to focus, probably means using his limited “foresight” training to get around one attack and position himself for one big barrage just like the Razor-Edge. Lee’s partial training is not so much vicious than Rihito’s Razor Edge or Kuroki’s Devil Lance. According to Reddit predictions, Rihito may understand the true meaning of Kuroki’s words which will eventually made him the winner of the second round. 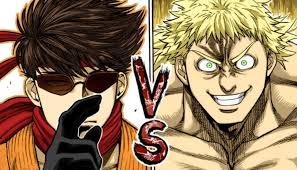 Kengan Omega Manga Chapter 67 released yesterday. So, the next chapter will officially release on 9th July 2020 under MangaOne. Kengan Omega is a weekly schedule manga written by Sandrovich Yabako and published under MangaOne and Ura Sunday (Shogakukan). It has a total of 5 volumes. 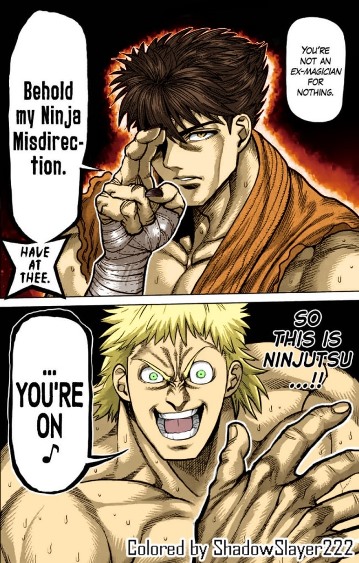 Once the new chapter of Kengan Omega releases officially, you can read the latest chapter online on the official website for Kengan Omega MangaStream. We will come back with some new spoilers or raw scans once it gets scanned on Reddit till then, stay with us.