Kaiserreich Beta 0.12- ‘Stay at Home’ is out, All Changes

Kaiserreich: Legacy of the Weltkrieg is a Hearts of Iron II, Darkest Hour and Hearts of Iron IV Game Mod that is set in an alternate timeline where the Central Powers win World War I. To get the game, you download Hearts of the Iron IV from the stream then download the Kaiserreich Mod. Now the game is moving forward to 0.12 Beta as developers of Paradox Development Studios revealed the changes to be expected on a Reddit post.

It’s a smaller update compared to the others on this game before but it has arrived sooner than expected considering every game is struggling with development. Patagonian and Puerto Rico got a full rework. There are also multiple bug fixes, more portraits for KR agents, a new demobilization system for the AI, and fixed performance report bugs. A 25% smoothness is expected after the new update.

Everything you need to know about Beta 0.12 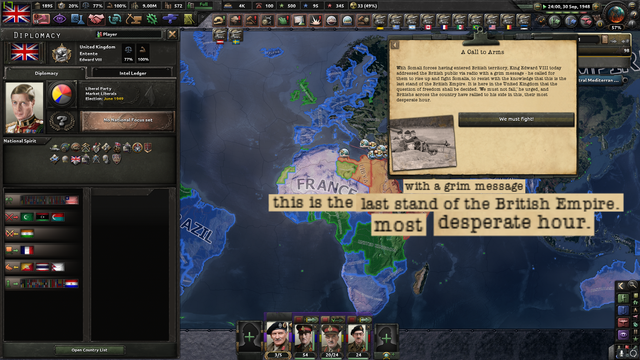