The famous game developer Superbrothers were missing from the industry for a decade now, and we had not heard anything from them. The last time we saw them was when the indie masterpiece Sword and Sworcery were released. It was about ten years back, and that is a long time. Just as we had started thinking that maybe the Superbrothers were done for good, they are back with perhaps another hit game!

This game is called Jett: The Far Shore and by the looks of it, it seems to be another masterpiece from the iconic developers. The game was first unveiled last summer during the PS5 launch but was delayed due to technical issues. And finally, during the Gamescom 2021 Opening Night Live Conference, the team of developers announced that the development of the game was over and it will get a release date. 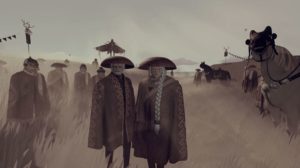 The trailer has been released already with the release date, and it is the 5th of October this year! So players can now be ready to take a flight in the sea of stars of an oceanic planet through Jett: The Far Shore! The gameplay trailer gives a fair amount of idea about what the game is going to be, and we love it.

Players will be playing as Mei, a scout and ‘anchorite’ who becomes the first person to explore a mythic ocean planet. The goal is to carve out a future for the people haunted by oblivion. Players also have to search for something known as the hymnwave. As explained Patrick McAllister, co-creator of the title on PlayStation Blog, “Jett tells a staggering cinematic story, with walking segments where you can soak up the atmosphere of the space and talk to people, even your fellow Jett scouts, while putting together the pieces of a story that is sometimes warm and intimate, other times terribly terrifying and occasionally spectacular ”.

Features of the game – 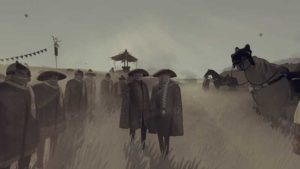 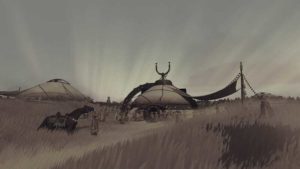 Yeah, the obvious question is that where is the action element in here? Well, there is no intense action included in this game. The game does not emphasize combat and requires the players to carefully interact with these native creatures to minimize the disturbance. In fact, the players gave to make use of the landscape to avoid any type of conflict!

Where will the game be available?

The game will release on 5th October 2021 for PlayStation 4, PlayStation 5, and PC console users (through Epic Games Store). There is no information related to the Xbox or Nintendo release as of now. So expecting a Game Pass release isn’t possible too.

Paramount Plus Fatal Error: Is there any fix it?

Paramount Plus Fatal Error: Is there any fix it?