Ever since the skull showcase of the Warhammer series, we got to see many new games of the series, including Warhammer 40K: Darktide which puts players into an intense brutal first-person perspective. Made by Fatshark, it is created by the same devs that made the award-winning title, Warhammer 40K Vermintide 2. Fans always love the brutal war setting of the Warhammer series and the devs of Darktide want players to feel the thrill of intense combat of their upcoming title. Darktide is a fast-paced shooter that’ll certainly warrant multiple playthroughs. Is it coming to PlayStation 4, 5, and Nintendo Switch? Keep reading the article to know more about Warhammer 40K: Darktide and if it’ll be arriving on the abovementioned consoles. 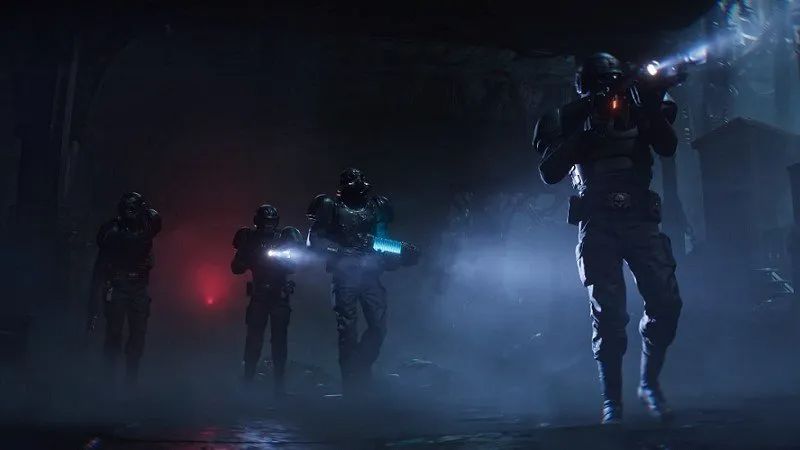 Based on the gameplay trailer of Warhammer 40K: Darktide, you can tell the melee combat has been greatly inspired by Vermintide 2. It has a mix of intense WH40K gunplay and melee and ranged combat to vanquish a horde of enemies. You can also create your very own customized character and set its appearance, origin, voice, and class with unique stats and skills. Experimenting with your build creates multiple ways for you to approach missions.

Like any other entries of Warhammer, it also features a violent dystopian world from the main games. The Teriteum hive is a cruel and unforgiving place and as a player, it is your duty to serve the zealous inquisition by venturing on missions to eliminate the unknown threats that are lurking around in the depths of the hive city.

The new Warhammer FPS game was first announced back in 2020 with a release date in 2021. Due to unknown circumstances, the release date was further pushed and will be finally released on September 13, 2022, according to its Steam page.

Is it coming to PlayStation and Nintendo Switch?

Given the immersive gameplay with a brilliant narrative that befits the Warhammer series, many are excited to have this on PlayStation 4, PlayStation 5, and Nintendo Switch and for the fans of the series, it’ll quite a treat. However, we are saddened to say that it won’t be released on either of the abovementioned platforms as it’s only slated for release on Xbox consoles and PC, which led us to believe that it’s an Xbox and PC exclusive title.

If it’s a timed exclusive, then we have hopes for experiencing Warhammer 40K: Darktide on the PlayStation console, as for Nintendo Switch, but the chances are slim to none as getting it to a playable state on a Switch will require more resources and cutting back on features.