Is there a Parkasaurus PS5, PS4, Xbox Series X/S, Xbox One Release Date

Parkasaurus is the adorable spinoff theme park building franchise where players are challenged with building the ultimate tourist attraction but filled with dinosaurs. This will require players to unearth new dinosaurs, discover new ways to make their park popular, and run errands to keep their park operational and in peak-performing form. This game is set to make its console debut on the Nintendo Switch and players are hopeful it will come to other consoles very soon. In this article we will be taking a look at Is there a Parkasaurus PS5, PS4, Xbox Series X/S, Xbox One Release Date. 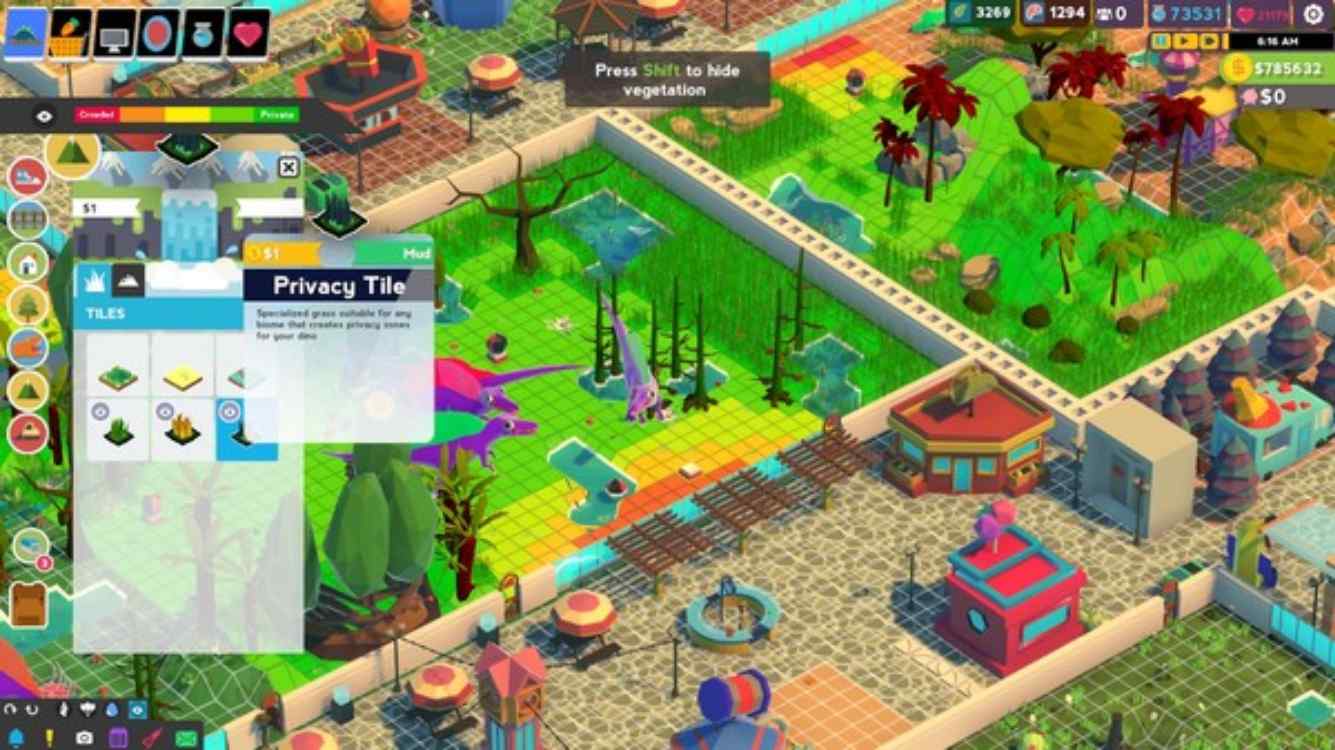 Currently, the game is available on PC (since 2018) and has been recently released on the Nintendo Switch. The game is fun because of the various mechanics such as scheduled tasks and other activities which require the player to plan, accommodate and be dynamic and flexible. It offers enough entertainment to keep users indulged but never too much to make them overwhelmed nor too little that they lose interest. The game will require the player to look after the requirements of the dinosaurs as well as their habitats to make sure they are all happy and content living in their biomes. It is this formula that made it such a popular game on PC and we hope this will transition well to the Nintendo Switch as well.

Is there a Parkasaurus PS5, PS4, Xbox Series X/S, Xbox One Release Date?

No, so far there are no developments or information to suggest that there is going to be a release date for the game on any console other than the Nintendo Switch. This is disappointing as the game could have really used the improved performance of the next-generation consoles, the increased player base, platform to grow and make a profit. That being said, however, the game is sure to do well in the Nintendo marketplace as there aren’t too many park-building games on Nintendo Switch. This is despite the game having an £18.89/$24.99 launch price which is relatively high for games of such type in markets. Only time will tell how the game fares and if it is or it is not a well-received game on the Nintendo Switch.

We hope that the developers will consider bringing this game to other platforms apart from the PC and Nintendo Switch and make it available at lower costs so that more people can enjoy this game and all it has to offer.

If you enjoyed this article and would like to read more such articles, please visit DigiStatement regularly.