Every ’90s gamer has vivid memories of playing Mario on an early NES console and is relished in the glory of completing the insanely difficult levels as you progress. Mario has gotten various types of games with characters from the same universe like Mario Kart, Super Mario 3D world, and the upcoming Mario Strikers: Battle League that’s more centered on soccer with online mode only, which is something new that Nintendo is aiming for in order to keep up with the competition of various games released globally.

Seeing the unique sports-based gameplay with intricate character models in Mario Strikers: Battle League, many are wondering if it will be coming to PlayStation and Xbox consoles and we’re here to divulge all the details of this upcoming Mario game. Continue reading the article to know more about the game and if it’s coming to PS4, PS5, Xbox One, and Xbox Series X/S. 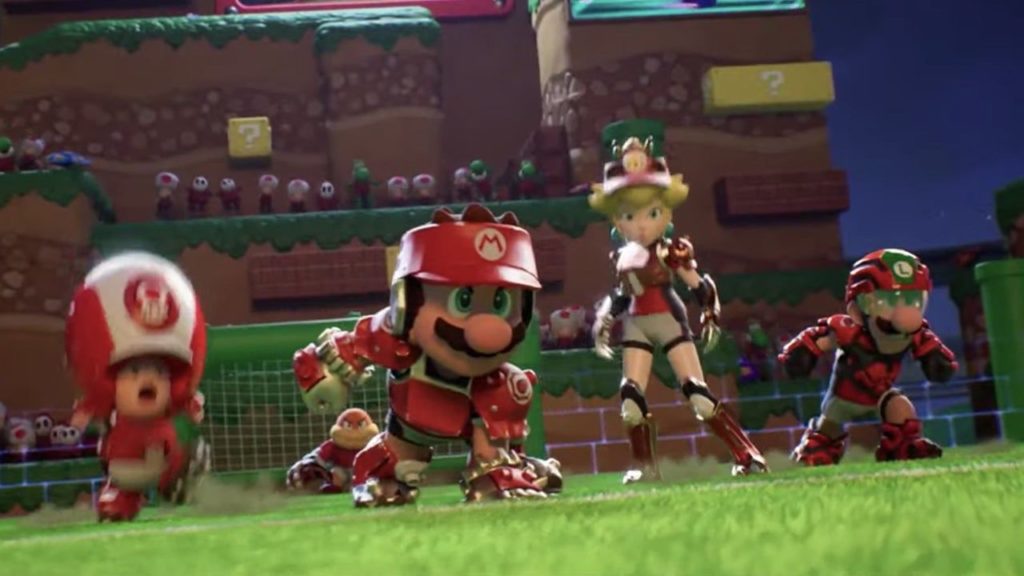 Nintendo experimented a lot with Mario games and introduced new concepts that many fans adored with all of the notable characters like Mario, Luigi, Bowsette, Peach, etc, and Mario Strikers Charged was the first sports-based game that captured fans’ delight on Wii. After 15 years, Nintendo broke the ice with the announcement of Mario Strikers: Battle League and got everyone hyped, both longtime and new fans of the series. In the announcement trailer of the game, we saw the core gameplay with unique features that you’d recognize if you played Mario Kart.

The series has been on hiatus for so long and its revival with Mario Strikers: Battle League is certainly a surprising one and Nintendo making it better than the last game in terms of refined gameplay and mechanics.

Like Mario Strikers Charged, this game is also a 5v5 soccer-based game where both teams have to score maximum goals against each other. Every character comes with their own unique abilities like Yoshi’s special shot that turns the ball into a giant egg that bounces a few times that simultaneously knocks enemies and shoots towards the goal. You can also customize or equip your character with new gear to your preference by using gold coins that are earned in matches. It can augment their stats and their appearance and for a Mario fan, this is like a dream come true.

As much as we want a good Mario soccer game on mainstream consoles like PS4, PS5, PC, Xbox One, or Series X/S, sadly we don’t see the chances of that happening as Mario IP is owned by Nintendo, and its games are intended only for its consoles. The first Mario Strikers game was released on Gamecube owned by Nintendo and Mario Strikers: Battle League will release on June 10, 2022, exclusively on Nintendo Switch.

We hope that you enjoyed reading this article, stay tuned for more updates about Mario Strikers: Battle League and other news at Digistatement.

Forza Horizon 5 Series 9 Update: Here's everything you need to know