Expeditions Rome is the upcoming single-player turn-based role-playing game. During the gameplay of Expeditions Rome, you are given the role of young Legatus whose father was murdered by an unknown political opponent, forcing him to escape Rome and take refuge in the military campaign to subdue a Greek rebellion. Gradually, your guide and grow your legions by taking certain decisions choosing your own path for the future of Rome.

On 18th September 2021, THQ Nordic published the announcement trailer for Expeditions: Rome featuring a brand new story for the players. But, as the trailer got released, many game fans had a doubt that will Expeditions Rome be releasing on PS4, PS5, Xbox Series X/S, Xbox One & Nintendo Switch or not? If you are also having a similar doubt in your mind, continue reading this article till the end to find the answer.

If you see the ending of the announcement trailer closely, you will see that THQ Nordic has clearly mentioned that Expeditions Rome will only be releasing on PC via Steam. So, the answer to the question, “Is there an Expeditions Rome PS4, PS5, Xbox Series X/S, Xbox One & Nintendo Switch release date?” is a big NO as of now. In the past also, we have seen other Expeditions games, Expeditions: Vikings, being released on Microsoft Windows only. So, this gives us a clear answer from the publishers that there are not any plans from their side to launch this game on any of the above-mentioned platforms. 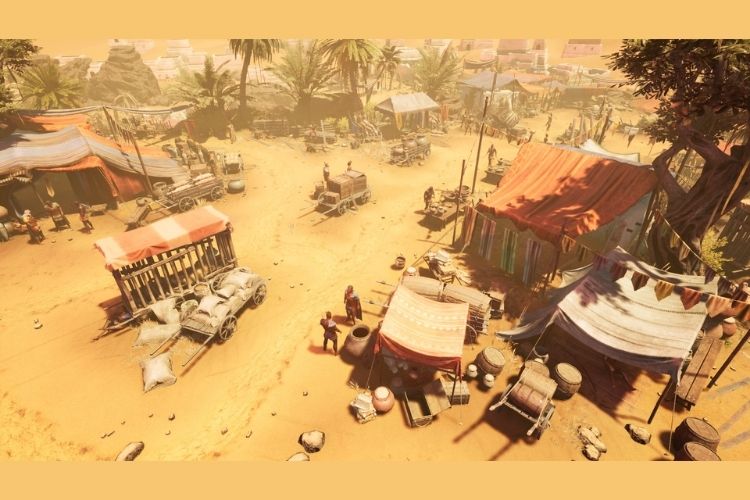 However, when Expeditions: Vikings were released, there were no ninth-generation video game consoles. Since they are available now, we could see an upgrade from THQ Nordic and eventually, Expeditions: Rome might get released on PS5 and Xbox Series X|S in the future. They are just predictions but many game fans would love to see this happening. Moreover, if there are any announcements from the officials in the future, we will be updating you at the soonest. So, Stay Tuned.