Is there a 9 Years of Shadows PS4, PS5, Xbox One, & Xbox Series X/S Release Date

9 Years of Shadows is the most anticipated pixel art Metroidvania title that offers well-developed characters, a gorgeous level design, and a unique fantasy story. Halberd Studios has made sure to offer a seamless experience when it comes to gameplay as the protagonist of the game will be able to use multiple types of elements like water, fire, wind, and earth, and learn new combo moves and traversal moves that make the exploration more fun and enjoyable. Are you wondering about the release date of 9 Years of Shadows and want to know every detail about the game? Continue reading the article to know more about 9 Years of Shadows and when’s it dropping for platforms like PlayStation and Xbox. 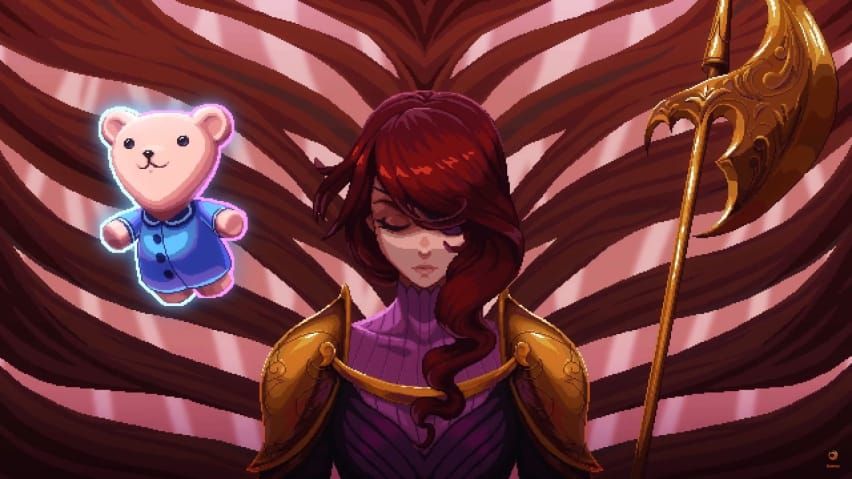 As a Metroidvania title, 9 Years of Shadows gives the same vibe as Castlevania and offers over-the-top pixel art graphics with a sidescrolling camera where you can control the protagonist of the game. The game was supposed to be released early, however, due to unknown issues, it has been delayed, and now it is scheduled for a release on platforms such as Switch and PC. The soundtrack of the game has been given extra attention to add to the immersion and it was composed by industry veterans like Norihiko Hibino (Metal Gear Solid) and Michiru Yamane (Castlevania).

The story of 9 Years of Shadow is just as generic as a fantasy story that you often get to experience as the world is engulfed in the deepest of shadows. Many courageous souls have dived deep into the corrupting depths of the Talos castle where the curse lingers, and none have returned except for one. Europa, the brave female warrior, armed with halberd and sheer nerve embarks on a mission. As simple as it sounds, you have to enter the castle, seek the source of darkness and return the color to the world. In her journey, she befriends Apino, a magical bear that possesses extraordinary support magic with healing, protecting, and cleansing the corruption of the darkness.

Although the devs haven’t provided a clear release date for 9 years of Shadow for Switch, according to the official website of the game, it is coming to PC in Q4 2022, probably mid-October, followed by a Nintendo Switch release date on Q1 2023. As for platforms, sadly the game won’t be arriving on PS4, PS5, Xbox One, & Xbox Series X/S as it’s a Switch and PC exclusive. We’ll update the article as soon as we get additional information regarding the game and its release on PS and Xbox consoles.

Farthest Frontier: How to get rid of rats

COD Warzone: How to customize Operator?

COD Warzone: How to customize Operator?