Intel is gradually developing its research base to contribute to Quantum Computing.

Amongst all kinds of licenses that are available to be claimed, the license to brag happens to be a nasty one. Nasty to those who haven’t enough to brag about, but those that do, care little about occasions. Intel happens to fall under the category that would love to exploit their license to brag. What is it exactly that Intel’s being boastful about? Well, Intel has recently announced its collaboration with Argonne National Laboratory after leading the US quantum technology industry. The ANL leads the National Quantum Information Science Research Center, abbreviated as Q-NEXT. Intel’s participation will contribute largely to problem-solving via quantum computing. After recent news that Intel is building the Xe-HPG GPU, the news from quantum realm proves their versatility.

Quantum Computing is believed to mark an advanced era of computational evolution. The promise of quantum physics brought into computing can prove to be a boon. Q-NEXT director David Awschalom, a senior scientist at Argonne was pleased to have Intel as their new partners. These research projects usually do not come in light of the public who mainly deal with Intel as their computer processors provider. However, that does not take away from the wide variety of contribution Intel’s made from quantum bit devices to quantum algorithms that harness quantum tech. Such systems would make us witness a giant leap to analyzing and simulate natural phenomena. 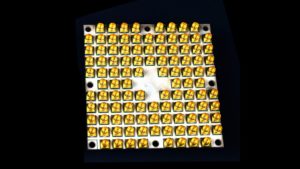 Oregon is the home to most of Intel’s quantum innovation in the processor space. Their Lake suffixed naming system is graced by Intel’s superconducting quantum processor, Tangle Lake. The Tangle Lake makes a jump of 17 qubits from its predecessor. This is still a project that’s in its infancy as we are far from having designed the ideal quantum computing systems. Intel attempts to ensure that Tangle Lake can work at extremely low temperatures. Apart from their recent collaboration with the US Department of Energy (DOE) and Argonne National Laboratory, they have also partnered with QuTech, Netherlands.