Chinese smartphone manufacturer Huawei has manufactured a lot of amazing devices available out there. With the launch of many such stunning devices, Huawei is currently at its best and stands out in the crowd. Huawei offers a lot of great options to users worth considering buying starting from mid-range devices and budget centered phones to the end of some, one of a kind flagship. The Huawei P30 series was a great hit with its feature-packed flagships. Now, Huawei is all set to launch the latest iteration to its flagship series lineup: The Huawei P40 series. 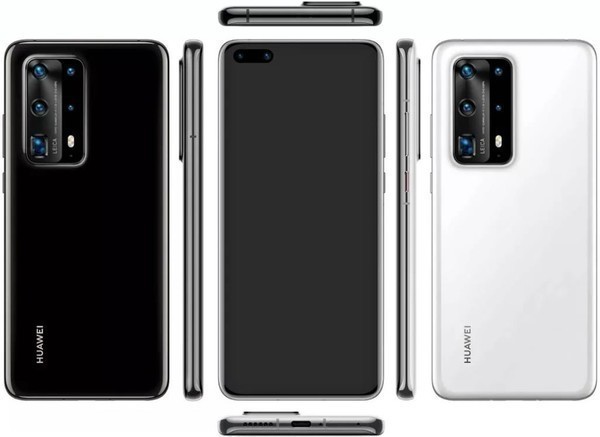 The device has almost no bezels and has an immersive display. The Huawei P40 looks absolutely amazing and stylish and is surely going to be loved by users. Let’s see how the latest Huawei P40 series performs in the smartphone market.

The Huawei P40 series includes many amazing devices. All these devices have huge and beautiful OLED displays hat are completely curved. These devices are going to house the latest extremely powerful HiSilicon Kirin 990 chipset with the premium models having the 5G variant of the SoC. These devices house upto 12 GB RAM and are surely going to be beasts when it comes to performance. They also have a storage capacity of up to 512 GB. The devices will also come with 50W Fast Charging and 27W wireless charging as well alongside massive batteries of up to 5500 mAh battery.

The Huawei P40 Pro has a five-camera setup at the back with a 52 MP primary sensor, a 40 MP cine-shooter sensor for capturing ultrawide shots, a 240 mm periscope camera, an 8 MP telephoto lens and finally a depth sensor. The camera setup is absolutely great and let’s see what performance will it offer. These devices showcase pure beauty. The device has very tiny bezels giving the device a great aspect ration in terms of display and looks really immersive. The Huawei P40 series is a real piece of art when it comes to design aesthetics.

Well, it looks like the Huawei P40 series is going to set the entire industry going crazy after it with its huge list of amazing features, just like every other Huawei device does. The Huawei P40 series will come with Android 10 out of the box with the latest EMUI on top which is pure excitement for many of us.

Talking about the price, users have been keeping a keen eye for the expected price for the Huawei P40 series. These devices will obviously set the market on fire. So, the main thing: The Huawei P40 series will be starting from 83,999 Indian rupees for the 8 GB RAM/ 128 GB storage. The Huawei P40 will be the most affordable from the series and there are other premium versions as well.

The Huawei P40 series is scheduled to launch officially on 26 March 2020. Huawei lovers have been waiting long for the Huawei P40 series. Just like the other great devices from Huawei P series proved to be some of the best devices in the market, the latest P40 series will surely be the next-gen flagship devices. Huawei fans are already excited about the launch of this amazing series of flagships.

Stay tuned for more updates about the Huawei P40 series. Also, share this article with all those Huawei lovers who have been waiting for this amazing series of devices.