Recently, Huawei officially confirmed that the upcoming Huawei Mate 40 series will launch globally on October 22 this year, whereas in China this device will be available by the end of October. Now, just a few days before the official release of this device, we have some leaks regarding the Geekbench 5 benchmarks of Huawei Mate 40 Pro.

This information comes from a tipster Digital Chat Station on twitter. His original tweet goes as follows.

From left to right: Kirin 9000*→Kirin 990 5G→Snapdragon 865→Orion 2100. It can be seen that the theoretical performance improvement of Kirin is quite big this time, and the high-frequency A77+G78 solution is very brave. 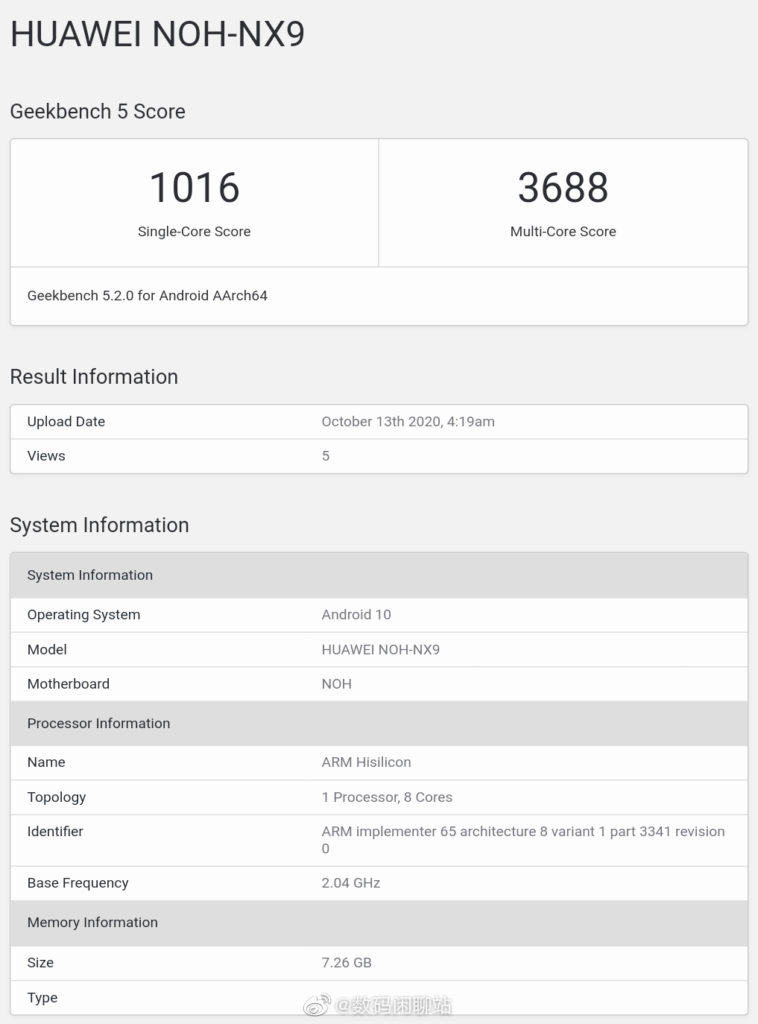 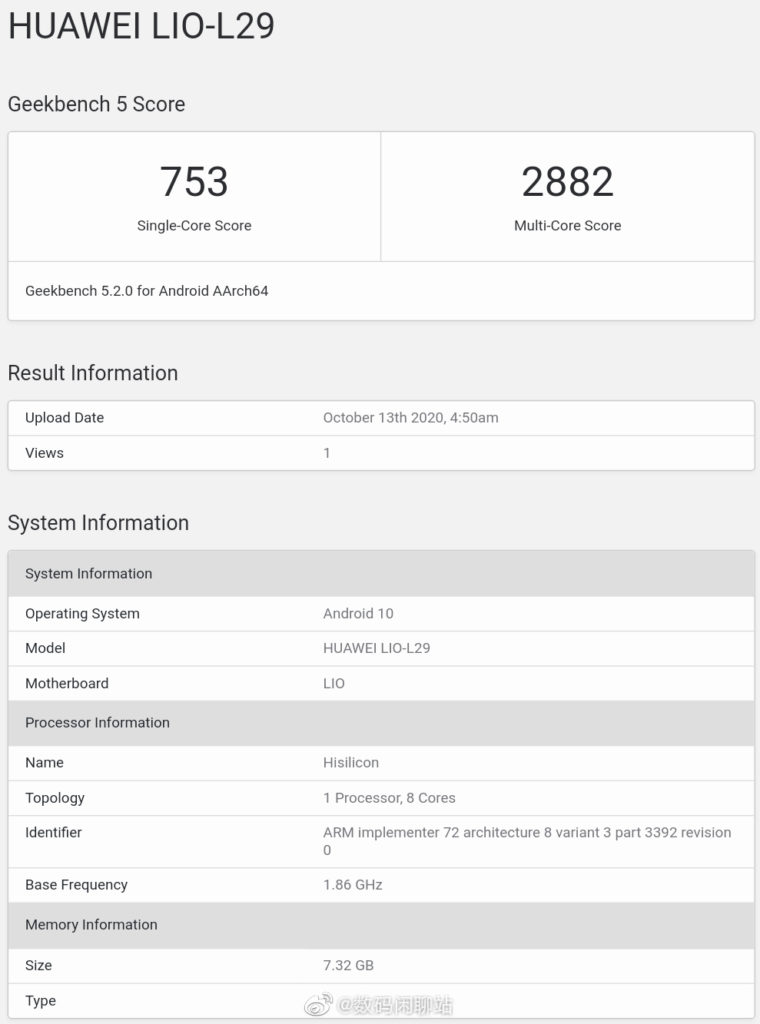 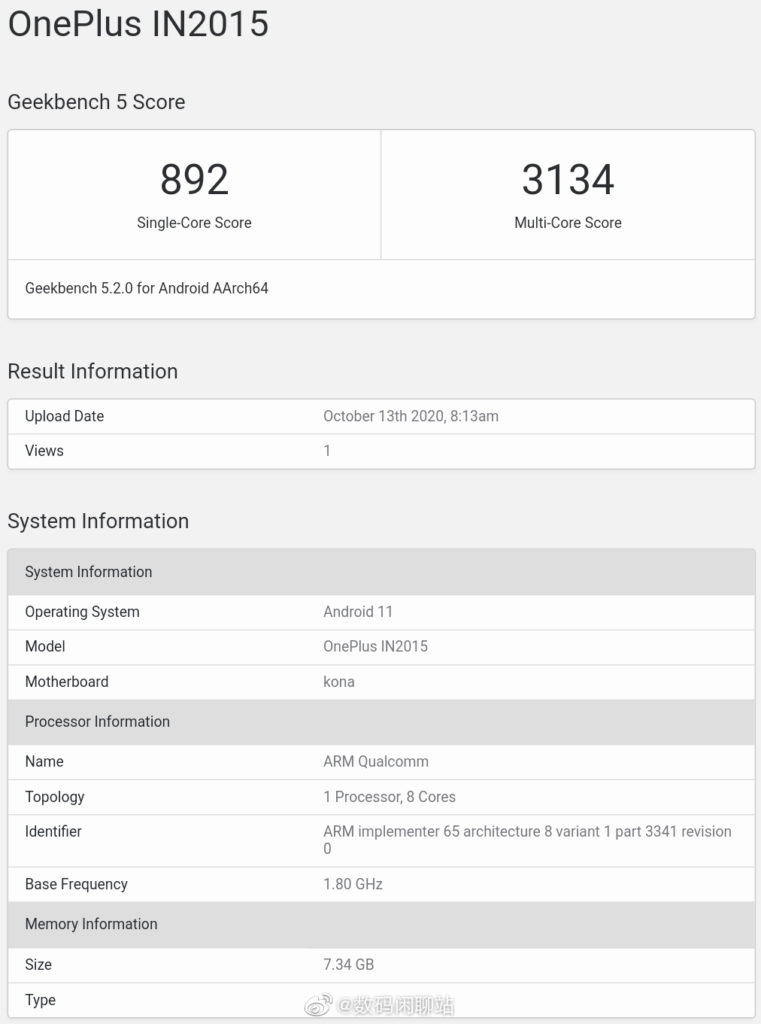 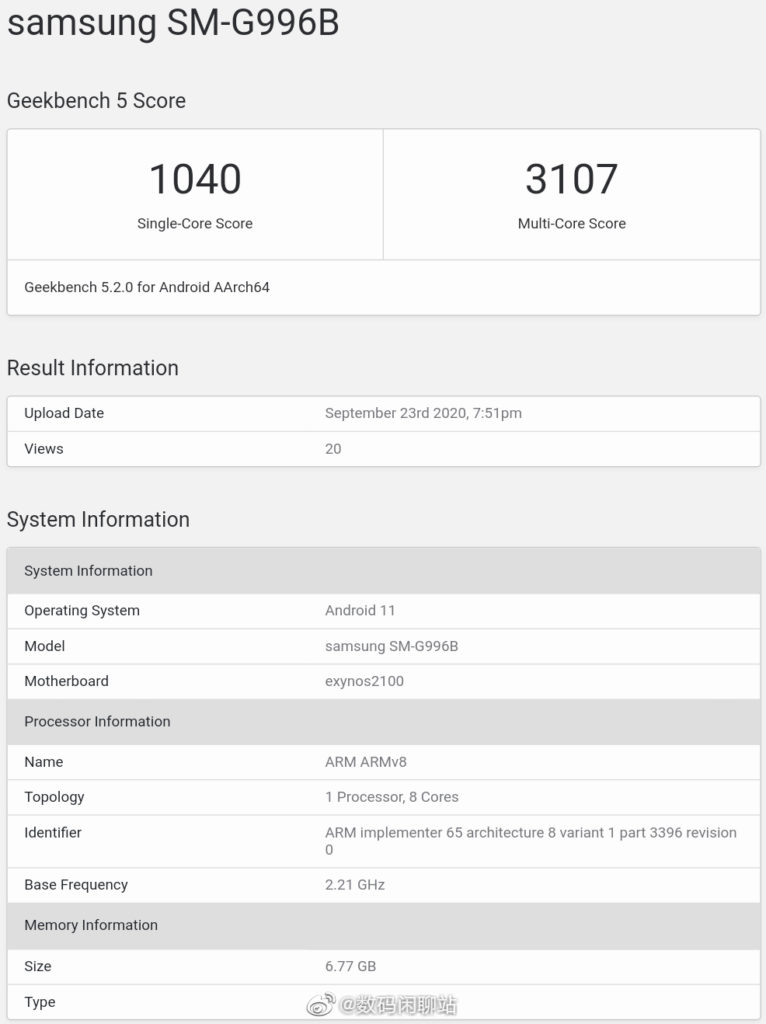 Looking at the Geekbench 5 scores, it is very clear that Kirin 9000 is way better than Qualcomm Snapdragon 865. Definitely, this Huawei device is going to be a powerful device.

The Huawei’s Mate40 series will come with the Android 10 operating system with EMUI on top which comes with many advanced features.

As already mentioned, this handset will launch with the Kirin 9000 5G SoC chip.

Huawei Mate 40 Pro may possess an OLED screen with a 120Hz refresh rate and is backed by a 4700 mAh battery.

In terms of design, Mate 40 may possess a curved-edge display with a dual punch-hole camera in the top left and now you can also get to see the physical volume buttons on the side borders again, this makes it more convenient for users to use the device while the device will continue to provide virtual buttons. The Huawei Mate Pro is expected to be priced around 93,000.

We are constantly tracking news related to Huawei Mate 40 series & will update you with more information whenever it arrives, so stay tuned! Follow our website to get technology updates as soon as we publish them.