How to play Genshin Impact on Chromebook in 2021 ?

I know, you must be a big fan of Genshin Impact or just really like to play it. It has power-packed graphics and amazing soundtracks. But do you want to play this game on Chromebook? Here is everything you need to know about how to play Genshin Impact on Chrome book in 2021. 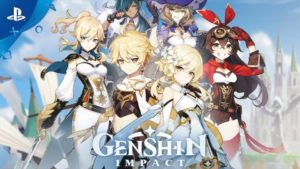 Genshin Impact is a high-caliber action role-playing game that is developed and published by Mihoyo. The game deploys a fantasy world environment and action-based battle system. It includes radical magic and character-switching which allows its players to switch characters during a battle.

Before kicking things off, we need to understand the basic requirements to run his game on your Chromebook.

Genshin impacts demand a heavy RAM and a good CPU. Your Chromebook needs to have at least an Intel Core i3. Anything higher than i3 would work even better. You’ll require more than 6GB of RAM and an SSD storage space of at least 32GB. You need an Intel-based CPU for this game to work. It won’t work if you have an ARM-based CPU. This is because this game was built for 64-bit computers and ARM runs on 32-bit.

Also, you’ll need a touchscreen Chromebook to be able to play this game. Make sure you check your Andriod version because this game requires at least Andriod 8.1 to run. The smoothness of this game relies on your gadget. So, make sure you have a powerful device for optimum results.

How to play Genshin Impact on Chromebook

There are several ways by which you can play this game on your Chrome book. Here are some of the ways you can try:

Chromebook allows you to download android apps through Google Play Store. Make sure you are updated with the recent OS version.

Finally, go to the Play store and download the game. You are ready to go!

This option is quite a simple and quick fix. Sideloading with Genshin’s APK will allow you to run the Android version directly on your ChromeBook’s Dev Mode with a single click on your touchpad.

This method will require some basic use of coding that you can easily avail yourself of from the internet. Sideloading with Linus will keep your Chrome book in a stable environment which in theory is safer than the Dev mode and will have fewer exploits and negative impacts Also, this method will help you from avoiding wiping out your device entirely.

How to play genshin impact on Smart TV ?