Clash Royale is one of the most played online video games developed and published by Supercell. This game offers elements like tower defense, collectible card game, and multiplayer battle arena. One such element is Star Levels. Wondering what is it and how are they useful? Read our blog to know everything about Clash Royale Star Levels.

Clash Royale is a tower rush video game in which two or four players (1v1 or 2v2) compete to smash the most opposing towers, with the defeat of the “King’s Tower” resulting in an immediate victory. If all players/teams have the same number of crowns or none at all after three minutes, the game continues into a two-minute overtime period, with the player who destroys an opposing tower winning instantly.

On March 2, 2016, the game was released worldwide. In less than a year on the market, Clash Royale hit $1 billion in sales. According to market intelligence firm Sensor Tower, Clash Royale generated $2.5 billion in revenue over three years. 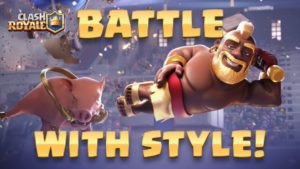 Cards can be unlocked with Star Points to apply cosmetic changes. Level 13 cards can be upgraded and given Star Levels by spending Star Points. Golden particle effects and golden clothes, armor, guns, and other elements have been applied to the sprites of cards with Star Levels in battle. When they’re deployed, they even glow gold. Interactions are unaffected by Star Levels, therefore, they are just for display.

When your King Tower reaches Level 13, instead of losing XP, you can start gaining Star Points by upgrading your cards and donating Max Level cards. Star Points are used to maximize the number of Star Levels on your Max level cards. The cards can go up to a maximum of Star Level 3.

When you get max level cards from chests, challenges, donations, trades, and the store, you get star points as well as gold. They can be earned even if you aren’t level 13, and they will carry over to the next level. Level one requires 10,000 points, level two requires 15,000 points, and level three requires 45,000 points. Moreover, it takes 45,000-star points to max out one card.

Due to the large number of star points needed to max out one card, try not to waste them on cards that aren’t useful for you.