Credits are the in-game currency in the Rocket League. It can be used to purchase various Featured Items in the Item shop, build items from Blueprints, upgrade your Rocket Pass, or even trade. But getting your hands on credits is quite difficult. A lot of people might be wondering that “Can they earn free credits by simply playing the game a lot”? Well, the answer is a big no. You have to either purchase credits or unlock them in premium content. However, there is one way, by which you can get 1000 credits for free. Yes, you read that right. Read our blog to know more about the Rocket league free credits. 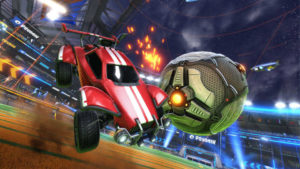 Rocket League is a vehicular soccer video game developed and published by Psyonix. The game was first released in July 2015 for Microsoft Windows and PlayStation 4, with Xbox One and Nintendo Switch ports following later. In June 2016, 505 Games collaborated with Warner Bros to sell a physical retail version for the PlayStation 4 and Xbox One.

Rocket League is characterized as “soccer with rocket-powered cars,” with each team having up to eight players who use rocket-powered vehicles to hit a ball into their opponent’s goal and score points over the course of a match. The game features single-player and multiplayer modes that can be played locally or online, as well as cross-platform play across all platforms. Later updates to the game introduced new game modes, including ones focused on ice hockey and basketball, as well as the ability to modify the core rules.

Rocket League used to have Crates with random “loot” inside, as long-time players are aware. A lot of people enjoyed opening these Crates to see what was inside them. However, there were people too, who didn’t like not knowing what they were getting until they purchased it. This is the major reason why Rocket League ditched the random Creates and adapted the Blueprint scheme. Rocket league believes that the players should know what exactly they are purchasing. 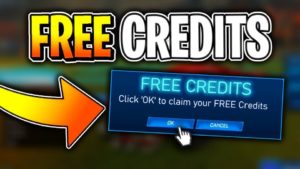 With the recent announcement last month, Rocket league decided to treat its long-term loyal fans. They stated that anyone who has ever bought an Event Crate or a Key that was used to open a Crate in Rocket League would earn 1000 free Credits after preliminary approval for a class action settlement. Although this settlement was initially intended only for players in the United States, they have agreed to expand this benefit to all players worldwide. However, there is no need for you to take any initiative, and your Credits will arrive automatically within the next few weeks. Interestingly, these Credits can be shared with your linked accounts as well.

Loomian Legacy: How to get Radiant Goppies ?

Dead by Daylight Error Code 4: What is it and how to fix it?

Dead by Daylight Error Code 4: What is it and how to fix it?