Xbox is a gaming brand that was launched in 2001 by Microsoft. It has four generations of gaming consoles, Xbox X and S being the latest which were launched in 2020. It has gained popularity over the years among users from all over the world. Regardless of which it is enclosed with several bugs and errors. One of the errors in Xbox X series is the ‘error code E305’. If you are wondering what this error is and how you could fix it, we have it all covered in this blog. 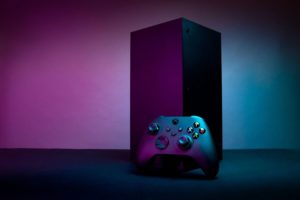 The Xbox Series X has higher-end hardware, and supports higher display resolutions (up to 8K resolution) along with higher frame rates and real-time ray tracing; it also has a high-speed solid-state drive to reduce loading times.

What is the error code E305 in Xbox X series?

When some Xbox X users try to boot up the console, they get the System Error E305 message. Some of the affected console owners claim that the issue occurs only occasionally, while others claim that it occurs every time the console is turned on.

A number of reasons cause this error like a corrupted temporary file, a corrupted OS file, or a simple hardware issue.

How to fix error code E305 in Xbox X series?

Though this a system error, we have some methods which could help you fix the error.

Here is some step by step instructions on how to perform an offline update:

IMPORTANT: Ensure that you paste the OS files inside the $SystemUpdate folder (in the root folder of the flash drive)

These 2 methods should fix the error, if not, contact local Xbox support for assistance.