Xbox is a very popular gaming brand all over the world which is developed and owned by Microsoft. It was first launched in the year 2001 and has four generations of gaming consoles to date. In spite of being a well-known brand, it contains some errors and bugs. One of the errors faced by many users in Xbox is the ‘error code E106’. If you want to know more about it and learn how to fix it, this blog has answers to all your questions. 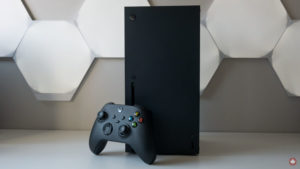 Xbox X was released alongside Xbox S series in November 2020. It is the fourth generation of gaming consoles under Xbox. Xbox X is considered a member of the ninth gen of the video gaming console, with PlayStation 5 which also was launched in the same month.

What is the error code E106 in Xbox X series?

As we mentioned earlier, Xbox X has some errors, the E106 error is one of them. Error E106 occurs when you try to turn on your Xbox X console. This is a hardware error that persists from the user’s end, not from the servers.

The error when it appears on the screen may have several ‘x’ attached to it, the number of ‘x’ may vary on factors like country, region, and version of the OS.

How to fix error code E106 in Xbox X series?

E106 is a hardware error and to fix that we have mentioned a few steps with which you could resolve the error from your end. While not much can be done if the hardware is corrupted, some methods have proved to be effective in solving the error.

When the update is complete, the console will restart and you should be returned to the Home screen.

After the reset of the console, you should be able to operate the Xbox normally.

Unfortunately, if none of the previous troubleshooting steps resolved your start-up error, you will need to submit a request to have your console repaired.

These steps should have helped you fix the error code E106 in your Xbox X series.