Xbox Series X is one of the most powerful gaming consoles in the market. It is a fourth-generation gaming console having a lot of stunning new features. However, the console is prone to several bugs and glitches. One such error is Error Code 0x87de272b. This error is mainly faced by users while playing Call of Duty: Black Ops Cold War. Looking to learn more on what is Error Code 0x87de272b and how to fix it? Read our blog to find out. 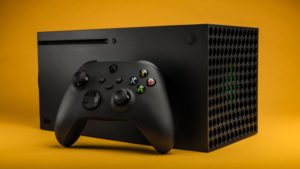 This is one of the most common bugs that Xbox Series X users have encountered. The error 0x87de272b has caused a large number of bugs and glitches for users. Moreover, it has been causing problems and has stopped many players from playing their games on the Xbox Series X console. Nothing clear has been known about why this bug occurs or what is the permanent solution for it.

Neither Microsoft nor the developer Treyarch has offered any official solutions to the issue. However, here are some methods by which you can solve this issue:

This is one of the most common solutions to fix this issue, however, it has worked most of the time. Simply switch off your gaming console, wait for few minutes, restart it and then check whether the issue has been fixed or not.

according to some players, Switching to a different Xbox account might helps you to work around the issue. Multiple accounts are allowed on Xbox consoles, but progress from one account to the next cannot be carried forward to the next, which means that you have to start your game from scratch.

Uninstall the game that’s causing you trouble and then reinstall it. After reinstalling, check if the Error Code 0x87de272b has been fixed or not.

If none of these methods have solved your issue then we would recommend you to contact the Xbox team for support.

How to deactivate all PS5 primary accounts?

How to deactivate all PS5 primary accounts?