Xbox Series S is one of the most powerful gaming consoles released by Microsoft. However, despite being a fourth-generation gaming console it is prone to many bugs and glitches. One such bug is the Error Code 0x803f8001. If you have come across this error and are looking for a solution to it, then read this blog and follow the simple steps. 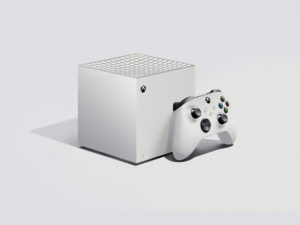 This is one of the common errors the Xbox Series S users face while playing games on their gaming console. It is mainly caused when the user keeps the game on but does not play it for a while. It can also be caused if the disk has failed and is unreadable, the game disc is not in the console, or due to a temporary problem related to the service. The Xbox support team has started that if you have purchased and downloaded the game, but haven’t signed in or linked to Xbox Live, this error might appear on your screen. If you are looking to fix this issue, follow these easy steps mentioned below.

If the game or app has been running in the background for a long period of time, close it and restart it. To prevent it from reappearing, exit the game before engaging in any Xbox Series S console activities.  Hopefully, this method will work for you. If it doesn’t, then try these other steps.

To clean your Windows store cache, simply follow these steps: