The new launch of the UFC 4 has a lot of new exciting features but unfortunately, the game has known to consist of many glitches and unexplained bugs. One of the bugs in the game and the gaming devices is the UFC 4 error ce-34878-0. In this, the game crashes entirely and also results in the loss of unsaved data in the game. We have explained and given ways to resolve the error while playing UFC 4 on your PlayStation and X-box. 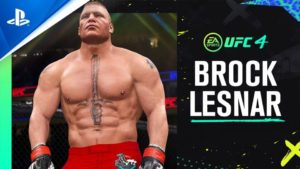 In comparison to its predecessors, UFC 4 features a variety of modes, improved and more realistic gameplay in areas like the clinch, and access to nearly the entire current UFC roster. It is easy to see why UFC 4 has quickly gained popularity among UFC fans.

In UFC 4, there are a number of fighters who have never stepped foot in the Octagon before. Dana White, the president of the UFC, and Bruce Buffer, the beloved announcer, are admittedly gimmicky additions to the game – White can fight in four different weight classes – but that’s not all.

The CE-34878-0 error is a bug in the UFC 4 that crashes down the game entirely, this also means that there is a corrupted file in the system. Also, this bug is seen in various other games and gaming devices like the PlayStation and X-Box. Sometimes the issue persists even while downloading and frequently while playing the game.

The most noticed cause of this bug being reported and causing a crash of the game could be due to the download of the game face in the game settings.

The UFC 4 servers confirm the presence of the bug and publish ways to troubleshoot for the error and ensure smooth working of the game.

Although UFC has not officially given a complete solution for this unexplained bug, it has given some ways which work differently for different users. It also largely depends on your gaming device and its compatibility with the version of the game.

Here are some methods to fix this error:

Restart the Game or the Device

This one of the basic troubleshooting methods that you can try to fix this error in the game. In case you have figured that the bug is present in the device, you can disconnect the power supply to your gaming device and restart in 10 seconds. Reconnecting the console to the device may also help.

In case of poor internet connection, you may disconnect the device from the modem and reboot the internet router. Switch it back on and your game must run smoothly.

As you know downloading the game face causes the game to crash, here is how you can resolve that. Go to the customize menu, go to “my fighters” and press square/X to OVERWRITE your CAF. Do not attempt to download game face. Stick to a regular CAF. Save him. This will seemingly remove the messed-up CAF from your system. Now try downloading your game face again.

If you have upgraded the Hard Disk Drive (“HDD”) in your system, please re-install the original HDD. This should stop the crashing of the game and the gaming device.

Even after trying several methods, the bug still persists, first back up your saved data and then head towards the Settings > Initialization and choose Initialize PS4. This should resolve the error and prevent the game from crashing.

Furthermore, we hope we were able to help you resolve this error, if the error still persists, contact the UFC 4 support station.