The NBA 2k21 has the highest regard when it comes to basketball simulation video games. It has an interesting story mode, features the WNBA teams, takes the showdown to Venice beach, and has tons of really amazing features. However, the game also has a dozen of errors that give its users a hard time. Many ballers have faced this issue called Error Code 4ecd1e13 while playing the newly released called NBA 2k21. This error code basically means that your user data might be corrupted. Wondering what is Error Code 4ecd1e13 and how to fix it? Then, read this blog and follow the simple steps to fix it. 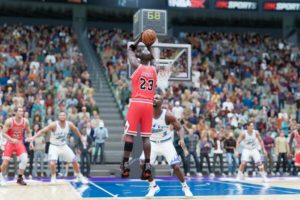 NBA 2K21 is a basketball video game based on the National Basketball Association that was developed by Visual Concepts and released by 2K Sports. It is the sequel to NBA 2K20 and the 22nd installment in the NBA 2K franchise. On September 4, 2020, the game was released for Microsoft Windows, Nintendo Switch, PlayStation 4, Xbox One, and Stadia. Moreover, the game was released for PlayStation 5 and Xbox Series X and Series S on November 12, 2020. Critics panned the PS4, Switch, Xbox One, and PC versions, citing a lack of originality in the gameplay, as well as microtransactions and bugs. Special edition packs for the PlayStation 5 and Xbox One X will include a digital download of NBA 2K21.

Despite the fact that the developer has not given an official solution, here are some methods by which you can fix this issue:

Usually, the reserved space data will get re-downloaded by the game itself. However, by any chance, if the process is canceled, you’ll no longer be able to play the online modes of the online connected files.

To make sure your data is downloaded correctly, follow these simple steps:

Here, you have to navigate to the 2k support website and fill their template form. You have to give them the details, like the pie chart, weight, player position, etc. and they will confirm with you regarding the same. Furthermore, you need to make a player with the same details and keep him at 60 ovr. The support team will use that player to bring back your other players with all the previous details.