Overwatch is developed by Blizzard and was released on May 24, 2016, for PC, Xbox, PlayStation 4, and on October 15, 2019, for Nintendo Switch but how many GB is Overwatch in 2021 to install? we will provide you with all the necessary information.

Overwatch is a team-based multiplayer first-person shooter game (FPS), the game divides the players into two teams of 6 where each will select a character from the large roster of characters or ‘heroes” as they are called in-game.

The game receives frequent patches and updates to keep the player base attached, a recent update to the game which went live on June 9, 2021, was Crossplay, allowing players from different platforms to finally play together.

In celebration of cross-play being added to the game, the developers are gifting a golden loot box to everyone who logs into the game before 2021 ends.

So if you own the game then log in to test your luck and see what you receive and if you’re wondering about getting the game on any platform then you can buy it from their official site.

You have the option of purchasing the legendary edition for 39.99$ which will provide some skins and unlocked heroes and other cosmetic items, or you can purchase the standard edition for 19.99$. 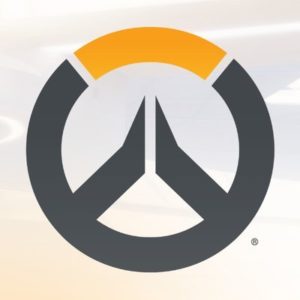 How many GB is Overwatch?

Overwatch is a very popular competitive e-sport game that is regularly updated and content filled with various unlockable characters, skins, so on and hence a common misconception would be that over the past 5 years since its release the download file size must’ve grown considerably from the mere 6.5 GB on PC and 11 GB on Consoles, however, this is not at all true, or well it has grown in size since 2016 but not to an extent where players are having to buy a new hard drive or solid-state drive specifically for the game.

The game as of 2021 has a download file size of 20 GB on PC, this number might be slightly different from platform to platform with recent and future updates to come.