Far Cry 5 is developed by Ubisoft and is the fifth installment of the Far Cry franchise, the game was released on March 27, 2018, for all major platforms, however, how much GB is Far Cry on these platforms? read further to find out.

The game is a first-person shooter set in an open-world environment of a fictional region of Montana, United States called Hope County.

It has an advanced AI implemented in the game, where the enemy will track the impact you’re having on the game and will alter their strategy accordingly, hence the AI is dynamic in the sense they will boost their efforts to hurt you when you’re a nuisance and less when you’re not.

The game also includes various side activities players can partake in when they wish to take a break from the main campaign, these activities are listed below.

Prior to Far Cry 5, the developer Ubisoft had mentioned downloadable content being available for the game, they had released 3 DLC’s which include alternate storylines focusing on secondary characters from the main campaign. The 3 DLCs are listed below 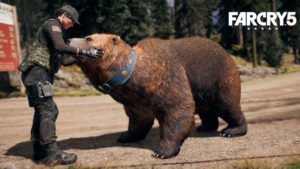 Far Cry 5 is a vast game that includes a lot of content available for players to engage themselves with.

hence, it is not surprising that the game will take up a good amount of space on your storage drive.

For PC players, the recommended amount to have for Far Cry 5 is 40GB of available space as this is how much the total content to be downloaded comes out to be.

Stadia is a cloud-based gaming system and hence you don’t need to install a game, all you need to do is buy the game and have an internet connection to play.

Minecraft Windows 11 Edition Release Date for Download: When Is It Coming Out?