A lot of people who are thinking of purchasing Faith The Unholy Trinity have a question on their minds. Folks wish to know how long will it take them to beat the game. This is a natural query as everybody wants a video game to last a while. This is especially true for stuff that you pay for. While Faith is not the most expensive game on the market, it is certainly not the cheapest either. So, you should know what you are paying for. If you have the same question as well, then you have come to the right place.

Faith The Unholy Trinity is a retro 8-bit pixel-styled video game. The story revolves around a young priest who suddenly has to deal with demons and crazy cultists. All this while, his own faith starts to dwindle. It is amazing how well the developers have been able to portray fear and panic through the pixel-styled graphics. Players are also in love with the story and the overall gameplay. The game has three chapters where you will need to deal with a lot of different enemies. But, some players are still confused about the total length of the gameplay. Well, you won’t have to live in suspense any longer. 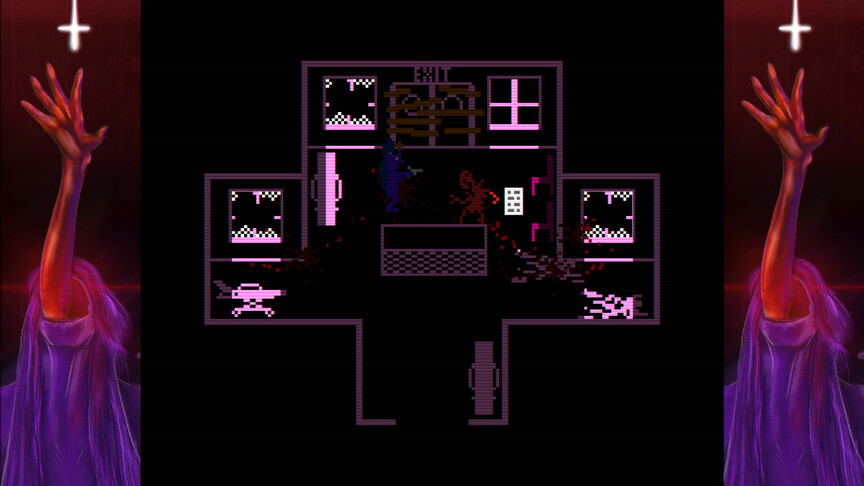 According to the developers, it will take you around 4 to 6 hours to beat the game. But, this is just a general assumption. Since the game has several tough enemies, you will spend quite a while dealing with them. This will ultimately increase your personal playtime. But, if you are extremely good at gaming, then you might be able to complete the whole game in even lesser time. Even most players agree that it will not take you more than 10 hours to beat the game. So, is the game worth the money?

Well, if you take a look at the forums, you will find out that most players absolutely love Faith The Unholy Trinity. The main story is really good and the gameplay is also very well-made. Both these things justify the price tag of the game. However, some folks might consider it a little expensive due to its old-school graphic style. But if you consider plot and gameplay as an integral part of a video game, then you will not be disappointed by purchasing this game. Well, this brings us to the end of this article. We hope that you found it helpful. Stay tuned to Digi Statement, and happy gaming.