Honor 10 Lite gets April Security Patch along with Huawei Assistant in the UK while users await EMUI 10.1

A while ago, we saw Huawei revealing its new EMUI 10.1 update plan for a total of 36 devices. Well, the brand has already started working on it. Many Huawei and Honor devices are getting the update. However, there still remain a lot of devices on the waitlist. While Huawei buckles up to roll out EMUI 10.1 updates, excitement levels of users are soaring high. Well, other than EMUI 10.1 some devices are also getting the usual security updates. Users are not able to contain their patience while waiting for EMUI 10.1 and getting a security update instead. Something like that is happening with the Honor 10 Lite.

Well, the Honor 10 Lite is indeed receiving a new update. No, it’s not EMUI 10.1, Pal! Well, this update seems to be something more than the usual security updates. 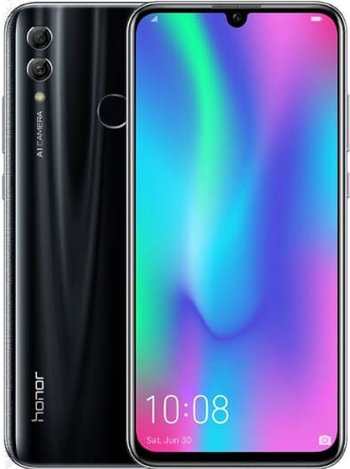 Honor 10 Lite came out back in 2018 with Android Pie out of the box. The device offers a great deal of value for money and is one of the best budget devices in the market. Well, the device is however two years old now. The device started receiving the EMUI 10 update based on Android 10 back in the month of February 2020. That was the first major OS upgrade for the device. Since then it has been getting the usual security updates and bug fixes.

So, the latest update comes with the firmware version 10.0.0.187(C431E9R1P7). The OTA update is currently rolling out in the UK regions and weighs around 0.97GB in size. Yes, that’s the interesting part. While security updates usually come around with packages weighing 200MB at the maximum possible case (only security patch), this update does come around with almost a 1GB package. So, what else does it bring with it? Well, the update also brings home Huawei’s Assistant to the device. Woah!! Isn’t that cool? But, that’s not just enough. We are pretty sure that the update has a lot more to offer. Sadly, as of now, we only know about the April security patch and the Huawei Assistant.

This update package seems to bring a lot more exciting stuff. So, what are you waiting for? Go, check it out. in case you have not received the update in the UK regions, there’s nothing to worry about. You will soon be getting the update within a few days. Let’s wait and see what all the update package delivers. We will also be keeping an eye on what else does Honor have for the Honor 10 Lite apart from the EMUI 10.1 update. So people, keep waiting until then.

Stay tuned for further updates on Honor 10 Lite updates and more such related content. Also, share this article with all those people who have been looking out for an update.