The world of Harry Potter is not just limited to one region or language. Now that Hogwarts Legacy is about to roll out, Turkish fans are demanding the devs add their native language to the game as well. The fans have raised this request on most of the game’s forums on the internet. Some people have also started a petition for this cause. But at the moment, the developers have not made any statement regarding this matter. So, if you are looking for more information on this topic, then you have come to the right place.

Hogwarts Legacy is a new entry to this incredible magical world. The game is inspired by the acclaimed book series Harry Potter written by J.K. Rowling. Although, we might not get to meet quite a few of the characters that appear in the books and the movies. Hogwarts Legacy is a story-driven action RPG developed by Avalanche Software. The game was first teased quite a while back. Fans have been desperately waiting for it to roll out ever since. Now that the developers have announced a release date, a lot of fans are demanding Turkish language support. Some are even disappointed because even Turkish subtitles are absent from the game. 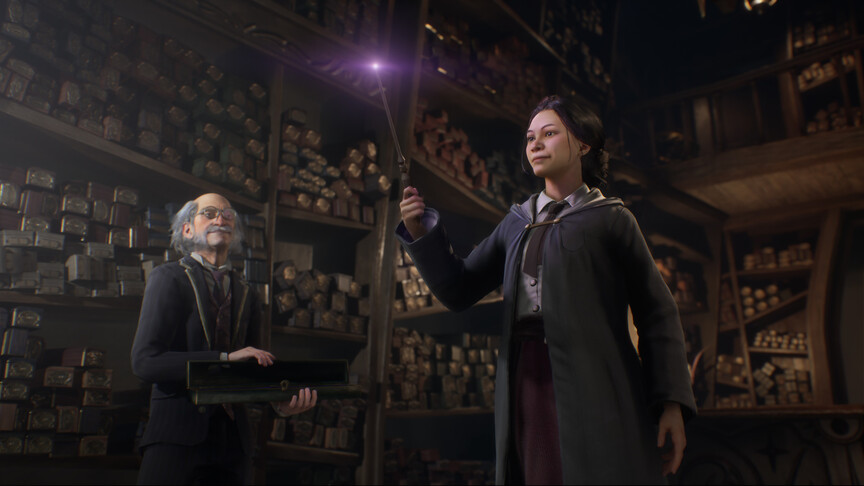 The demands for Turkish language support in Hogwarts Legacy are increasing day by day. Tons of Turkish fans are flocking to the internet trying to get the dev’s attention. As we mentioned before, unfortunately, so far, the devs have not made any statement on this topic. The demand grew even more when the devs revealed that Hogwarts Legacy supports 14 different languages. At the moment, the game is stated to support the following languages- English, French, Italian, German, Spanish (Spain), Japanese, Arabic, Korean, Polish, Portuguese (Brazil), Russian, Simplified Chinese, Spanish (Latin America), and Traditional Chinese.

The amount of people demanding Turkish language support in the game is huge. This means that the game has a big fan base in this region. Well, since the title is about to roll out very soon, adding a new language right now will force the devs to postpone the release which is something they won’t be doing, for sure. However, it is possible that they add Turkish language support to the game sometime later. But, only time will tell what the devs think of this demand and how they will respond to it. We will make sure to update our article as soon as more information is available. Till then, stay tuned to Digi Statement, and happy gaming.