Here is when your Nokia Mobile Android 10 update will arrive: New roadmap revealed

Nokia is a pioneer brand that was sold out to Microsoft, giving away the popularly known Lumia series and the only set of Windows phones. The brand has made a comeback, but this time with Android software. Though Nokia hasn’t marked its success as much as expected, the Nokia smartphones are doing well in the market.

Nokia has been successfully rolling out Android updates for its device series gradually. But there seem to be certain changes in the upcoming software roll-out and that’s exactly what this article is about.

Coronavirus has taken don lives together at this point in time. The disease has also made it difficult for living souls to complete/ achieve their tasks. To meet up with the expectations, Nokia still wants to be the fastest brand to completely roll out stable Android 10 updates for all their compatible devices, as tweeted by the Chief Product Officer of HMD Global. 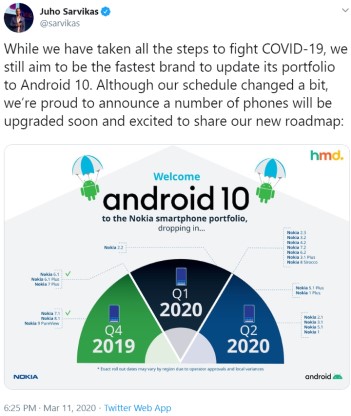 Along with the tweet, an image has been linked which is the new roadmap for Nokia devices based on which Android 10 update will be released.

Also, the green tick shows the devices that have already received the stable Android 10 update. Scroll below to look at the old Nokia roadmap to cross-check the changes that have taken place and are yet to take place.

The constant update that Nokia users have been receiving regarding the updates for their devices shows the professionalism of Nokia and why they’re known as a pioneer brand. 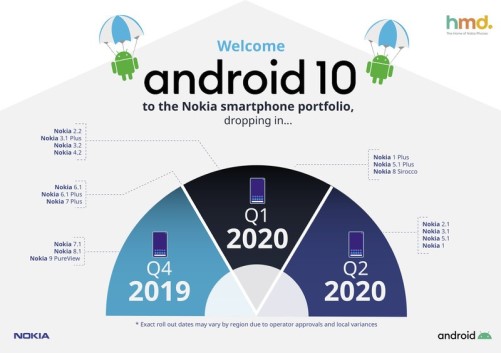 The images provided clearly show that Nokia 2.2 will be the only device to receive Android 10 updates in the Q1 phase of 2020. All the other devices that have been mentioned under this phase in the original roadmap has been pushed to Q2 phase of 2020, as marked in the new roadmap.

Dragon Ball FighterZ 2 Release Date - When it's sequel is coming ?