It is a fact that playing alongside your friends is amazing. So, Hello Neighbor 2 players are also wondering when the developers will add a co-op mode to the game. A co-op mode will allow players to invite other players and complete the missions together. This is a very fun game mode and is also quite helpful when a task is too tough to complete alone. But, Hello Neighbor 2 does not have this feature at the moment. So, if you are also wondering if the devs plan to add a co-op mode to the game or not, then stick around till the end.

Hello Neighbor 2 is an interesting video game about spying and exploring the dark secrets of your neighbors. It is the second game in the series. There is something strange going on in your locality and you, a young aspiring journalist, need to find the truth. To do this, you explore the surroundings and keep your eyes on your neighbors. But, the truth turns out to be more mind-boggling than you expected. An AI is controlling all the neighbors and is keeping other dark secrets. So, you will need to use your brains and find out what they are hiding. But, will you be able to do this alongside your friends?

| Also read: Where are Hello Neighbor 2 save files stored on your PC? 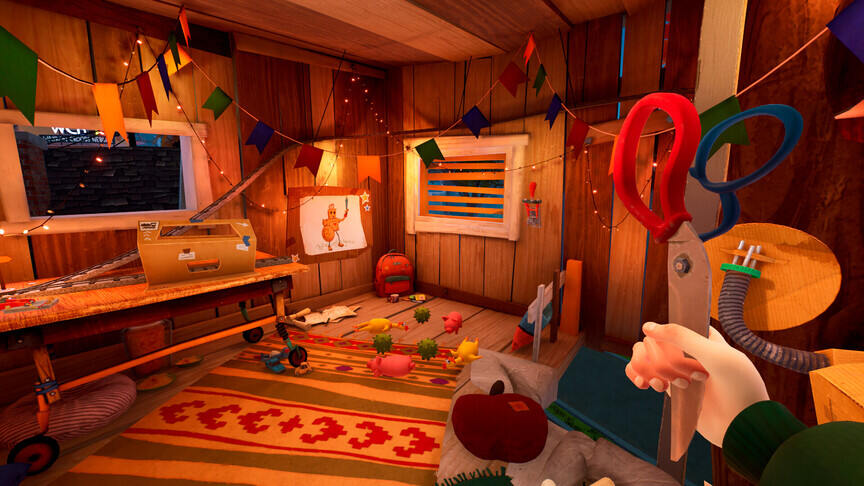 Unfortunately, there is no confirmed release date for a multiplayer co-op mode in Hello Neighbor 2. The developers haven’t mentioned anything about rolling out such an update for the game. Some players have requested the devs to add this mode so that they can enjoy the game together with their friends. But so far, the devs have been silent about this. So, we can assume that they are not interested in adding a co-op feature to the game. Well, there are many reasons why they might have gone with this decision.

First of all, Hello Neighbor 2 is made for a solo experience. Players need to run around and uncover the secrets on their own. The story will also not make much sense if multiple people started playing together. It is quite clear that the developers wanted Hello Neighbor 2 to be a single-player game. All the missions and characters are designed keeping this in mind as well. So, adding a co-op mode will not make much sense and rather ruin the experience. But, it is possible that the devs might make some changes in the future. Till then, stay tuned to Digi Statement, and happy gaming.

Hello Neighbor 2 Save File Location: Where is it