HBO Max is a well-known streaming service from Home Box Office and its parent company Warner Media. It is a home of HBO’s premium TV shows and movies, along with additional programming from Warner Media library. Subscribers get access to more than 10,000 hours of content. This includes HBO shows like The Sopranos and Game of Thrones. It also includes recent movies like The Matrix trilogy, The Lord of the Rings film series and Studio Ghibli catalog. It is the exclusive home of the biggest show of the 90s and early 2000s.

HBO Max was first launched in United States in May 2020. It replaced the company’s two older streaming services, HBO Go and HBO Now.

However, users have recently complained about an error. They are calling it the Error Code 100. The Error Code 100 has increased problems related to streaming. Users said that they are not able to play their favorite content on HBO Max because of this error. A few said that they were able to launch the app without any issue. But after that, they were not able to play a single content from the library of HBO Max. 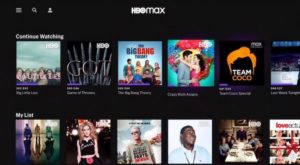