Has Elon Musk been to space ?

by Anjali Sulaniya
in News, Technology

“When something is important enough, you do it even if the odds are not in your favor.”

Quoted by Elon musk, this statement clear shows how does the founder of Tesla, one of the leading American electric vehicle and clean energy company, gets his inspiration from. Not only a business tycoon but a well versed Industrial designer and Engineer, he is known world wide for his contribution in the field of science and technology. 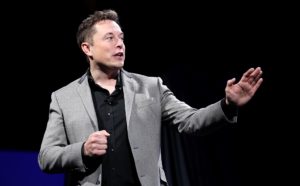 If you are a techno freak, there’s no way you don’t know this billionaire and a man with astonishing vision for future.  Born on 28th June 1971, he was graduated  with a Bachelor of Science degree in economics and Bachelor of Arts degree in physics from the University of Pennsylvania, but with a love towards space how could he stop there? He  completed his PhD in energy physic/material science from the Sandford University.

Elon Musk and his love for space has never been hidden from anyone, Elon musk has always talked about his passion for space travel and has worked efficiently towards his dream. His establishment of the Space Exploration Technologies corporation (SpaceX) was his first foot forward to his dream of exploring space and the vast opportunities that lies in the darkness of  the mysterious entity. Founded in 2002, the main motive of SpaceX was to reduce the cost of transportation to space and to increase the probability of colonization on mars. The love of Elon musk towards his dreams and Mars needs no validation. He has been able to launch a number of projects and has successfully flown humans to the International Space Station. 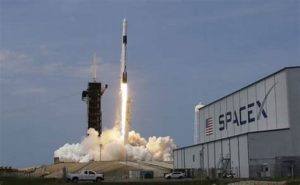 The idea of colonization on mars has become a center of attraction to the aspiring scientists, researchers and the whole world. The condition on earth and the increasing green house effect has been a topic of concern for not only scientists, naturalists but also to every human being, there have been protests, debates and the mere thought of end of life on earth has been worrying everyone over a decade. In the mid of all this havoc, the idea of Elon Musk gained a huge response, he aims to build up an environment suitable for human life on mars by 2050. 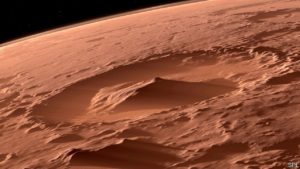 When thought of the probability, it might not seem practical because of the harsh conditions on mars but every scientific innovation was once an idea. Though colonizing millions of humans on earth may take a long period, but every successful plan needs to be worked on slowly and efficiently. Despite of his love for the heavenly  and having sent humans into space, Elon Musk has never been to space, but his efforts and determination might make it possible for not only Elon Musk but also for the entire human race.