It is still hard to believe that GTA V was released 8 years ago but still has managed to be one of the best games in terms of graphics and gameplay. The game literally has everything you need. It has multiple Ammunition Stores, Fast Cars, Shops, Strip Clubs, and an array of 3 protagonists, Franklin, Michael, and Trevor. The graphics are stunning and make you feel as if you’re actually there. However, many users are a bunch of errors while playing this game. One of them is the Script Hook V Critical error. In this blog, we’ll show you how to fix it. Read more. 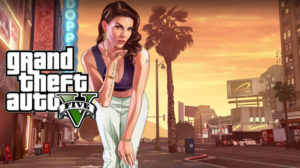 GTA 5 is an adventurous game in which players roam about in a fictional world to complete different missions. GTA 5 is the grand 15th edition of the main GTA series which was released in 2013 for Windows and PlayStation 4.

We’re sure you have heard about the famous city of San Andreas in Southern California? That’s where this game is located. You can find several vehicles on the road to chase people and complete your missions. It’s a first person-perspective game but you can change to a third-person view as per your comfort too.

What is the Script Hook V Critical error?

Script Hook V is a library that allows customizable .asi plugins to use GTA V script native operations. However, we’ve just received several reports of the game failing to open due to a “Script Hook V Critical Error.” This error is there in the offline mode as well.

After research, we’ve found some unofficial fixes with the help of GTA forums which will help you with this error.

How to fix the Script Hook V Critical Error in GTA 5?

Below are some methods to fix this error in GTA 5.

Older and outdated versions of the application can lead to this issue.

Method 2: Use the Older Version of the Game

GTA 5 Online : How to fix files required to play GTA Online could not be downloaded