Google Stadia has been released in several countries including the US, UK, Canada, etc. However, the cloud gaming service is yet to be released in Australia as of now. But, we have some news for the eager fans waiting for Stadia’s release in their country. Here’s everything you need to know.

The cloud gaming platform, Stadia was released in Nov 2019. But it wasn’t a worldwide release. The list of supported countries can be found here. However, Australia is not included in the list. Here’s why.

Google claims that Stadia can stream 4K video in 60Frames per second with a stable speed of 35Mbps. The internet connection in Australia averages about 38Mbps but suffers spikes in certain periods during the day while the US and UK have an average speed of 119Mbps and 61Mbps(according to 9news) which is more than enough for Stadia to provide its services. If we see the numbers, hypothetically, Australia’s internet connection can withstand Stadia’s services. But it seems Google doesn’t want to introduce their product in a country where the internet connection is not stable enough. However, one can use a VPN in Australia to enjoy the services provided by Google Stadia. 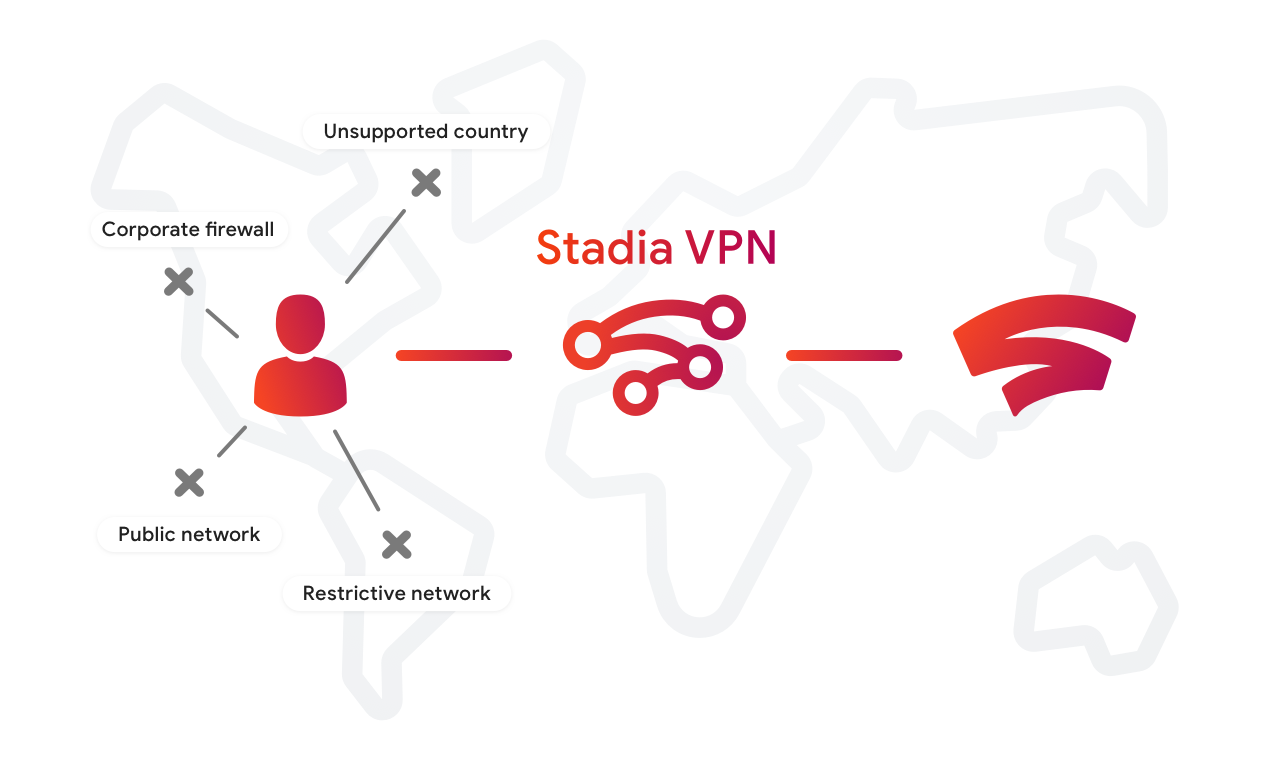 There’s no official news about Stadia’s release in Australia as of now. However, in Google I/O Keynote 2021, there might be some good news for the Australian fans waiting for Stadia to be released in their country. The event usually takes place in May every year and it is expected that announcements regarding the extension of Stadia’s services in more countries including Australia might take place.

Google Stadia Australia- Can you play using a VPN?

So, the answer is yes and no. A VPN lets you access the internet using a pseudo IP that is completely different from your original IP. The pseudo-IP can be selected by the user by choosing different regions.

In Australia, where Stadia isn’t released yet, players can use a VPN to access its services. But there is a small issue.

Even after having a high-speed internet connection, players were facing issues while playing games in Stadia. This is because, when a VPN connects you to a region far from your IP, the internet speed decreases drastically. Users having over 1Gbps speed in Australia were also having the same problem as they were kicked out due to connection errors. For more details, follow this Reddit discussion. 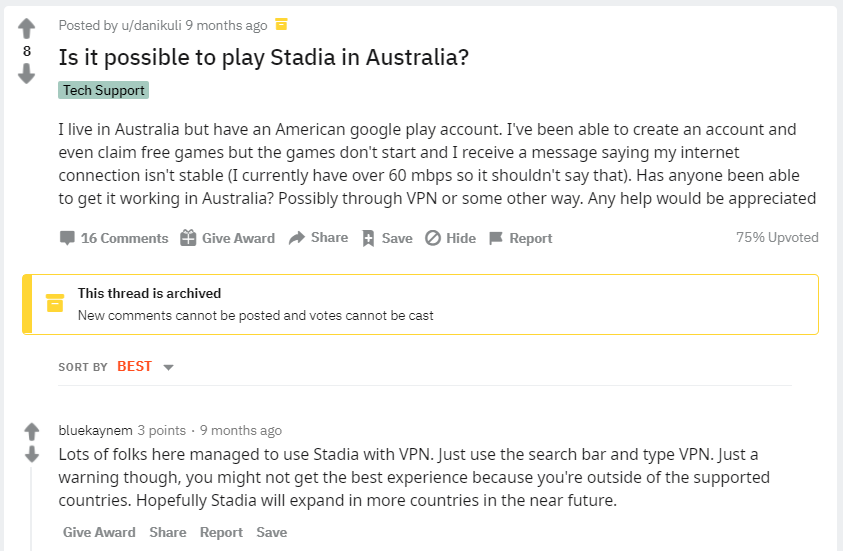 So, technically a VPN lets you use Stadia’s services in Australia but due to low internet speed, you might not be able to use it for a long period of time. So, to fully enjoy Stadia’s services, we have to wait for it to be released in the respective country.