Stadia is an upcoming cloud gaming platform developed by Mountain view tech giant Google. As said, it will be capable of running video games at 4k resolution at 60 frames per second with HDR support. Of course, the service will have numerous data centers across the globe, but still, it will require a sufficiently fast Internet connection.

Google stadia will be useable via the Google Chrome web browser on desktop computers, or through the smartphones, tablets, smart televisions, digital media players, and Chromecast.

Well, we are just three weeks away from the public launch of the Stadia, and Google has just announced the list of smartphones that will support stadia at the launch. Check out the list of devices below:

List of Phone that will support stadia at the launch : 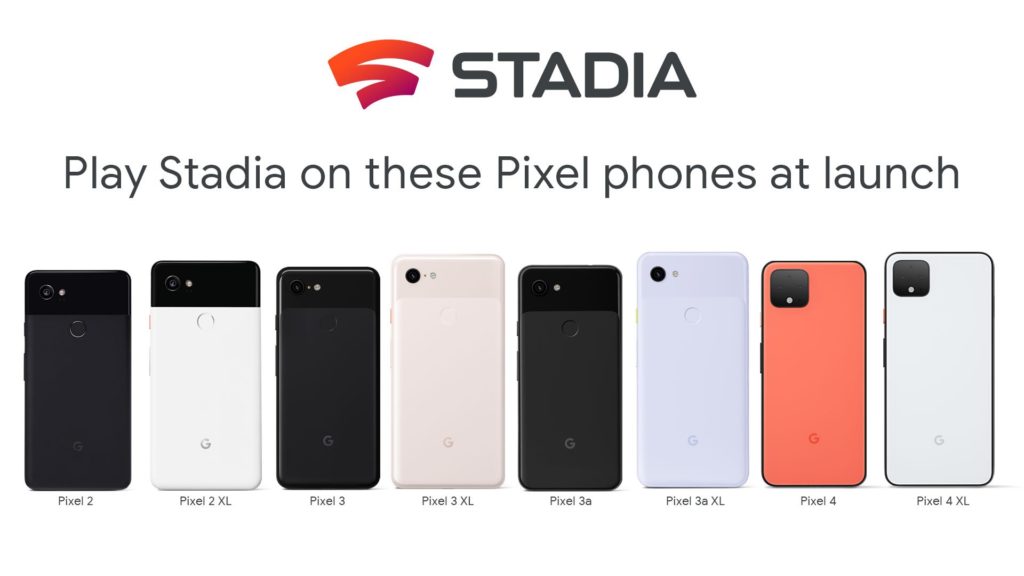 As you can see, the above list misses out the original first-gen pixel phones (Pixel, Pixel XL), as well no other smartphone of any other OEM is included in the list. But, the good news is that Google also mentioned that Stadia support will be added to some selected phones in the coming months. You can check out the official tweet below:

We're happy to bring Stadia to these #Pixel phones at launch, with select phones being added in the coming months. pic.twitter.com/1fSUkbkuYq

Several users commented on the tweet asking Stadia support on iPhone and Oneplus devices? The twitter handle of the service replied to some of the users saying “We are working to expand to more phones in the near future.”

Well, as per another official tweet, players will be able to create their account and make game purchases from any Android M+ or iOS 11+ device that has access to the Stadia app. As far as the support for tablets is concerned, Stadia will be supported on tablets running on Chrome OS and support for others will be added next year.

If we talk about Stadia support on TVs, Yes, you can play games on TVs, but to run Stadia you will have use a Chromecast Ultra device. On computers and laptops, Stadia will be useable via chrome browser.

In case you are wondering which games will be supported on Stadia, there is a long list of games that you can enjoy playing on Stadia. Check out below the list of games;