Google Play Store broken updating issue : How to fix it ?

Every app might not be available in every country. So you might be missing one or more of the items. Google has been working on this and hopefully, all the services will be available globally at a point in time. You can download and install the applications for free or by paying some charge for it. The Google Play Store had around 82 billion app downloads in 2016 and it reached over 3.5 million apps published in 2017. It has been the topic of various issues related to security where malicious software has been approved and uploaded to the store and downloaded by users. 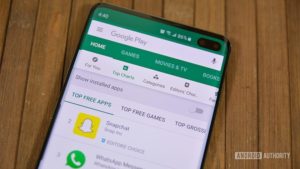 Android users have also recently complained about an issue related to Google Play Store. Users have reported a broken updating issue. If I have to explain this issue, then sometimes it happens that we don’t update our app for many days or weeks. In this situation, a lot of updates remain pending. Most of us have the habit of putting all the updates on queue to save some time. But sometimes a problem occurs in most cases that one or two apps in between doesn’t update at all except the remaining ones.

Users have said that even if they press on the update button for multiple times, it doesn’t update at all. Later when they try to update those apps separately, it doesn’t update at all. Most of the people said that in this situation, they closed the Play Store and opened it again. But to their surprise, the update disappeared from the list and also they were not able to search the app to update it separately. Then they had to uninstall the app and install it again.

No official fix has been mentioned for this issue except for a few basic things you can try to solve it. Firstly, in case if you have not updated the apps for many days or weeks and there are a lot of updates pending and the number is very high than usual, update the apps one by one instead of updating them altogether. Updating many apps together at the same time can also freeze the functioning of your phone. Update all the apps together only if they are few in number.