In this age of information, we are consuming a lot of data in the form of videos, images, audio, games, and more. The amount of data we consume is way more than the data we can store currently. This is why Google introduced Google Drive in 2012. Google Drive is a cloud storage service that stores data to the cloud server of Google. Google Drive soon became popular and due to its cheap price and easy-to-use nature.

But, as I said that we are all using a lot of data, it is also the most precious thing now. That’s why hackers “steal” users’ data and then use our identity in various crimes, such as hackers may use our credit cards and take loans in our name. Due to the large user base, hackers started to find out different ways to get into the users’ Google Drive accounts and access their data and misuse it. To deal with it, Google added a malware detection and virus detection system. But, now a new issue is appearing to various users online.

The problem is Google Drive is sending users a notification which says,

You have not visited our service for a long time, so your profile will be deleted within 24 hours. 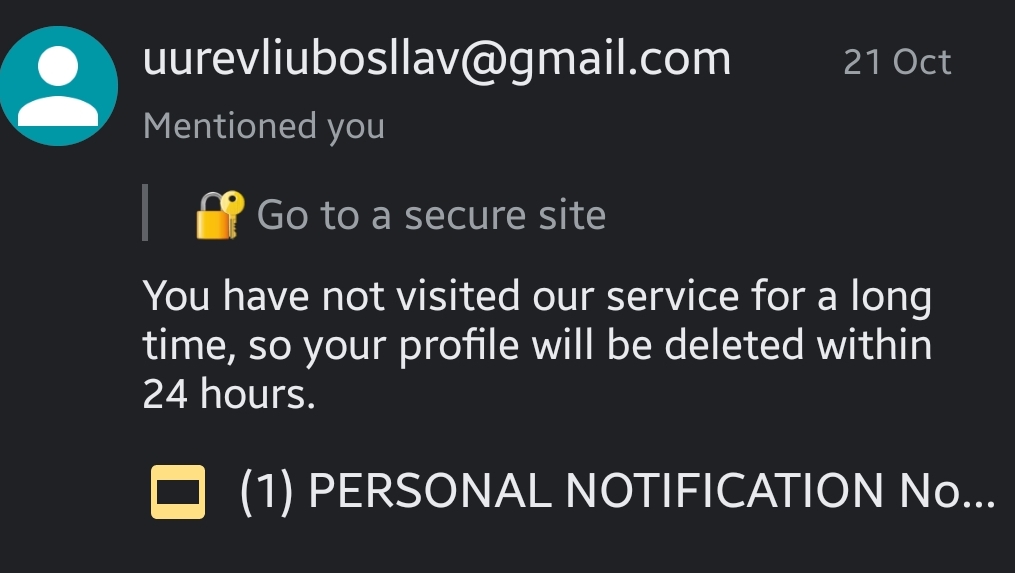 I received a Google drive spam/malware notification this morning. Anyone else ever had anything like this? Had a look online and it seems to be new and takes you to Russian PowerPoint slides according to some people

Anyone else had this issue?

To this, a user xpallav replied as,

I got it too. Didn’t click on it and reported it.

If you are also getting this notification, the best way to deal with it is to report the notification and block the google drive notification until this problem gets solved.

We are continuously tracking reports related to this issue & will update you with more information whenever a fix arrives, so stay tuned! Follow our website to get technology updates as soon as we publish them.