Find out if you can play Ghost song on a wider and larger screen!

Big screens for TVs and video games are becoming increasingly common. And, why wouldn’t they? When we see the trailer for a movie, we already feel so better when we know that it will be looking amazing in theatres and on other screens when we go see it. Considering this, the gaming companies and developers have understood one thing. What, you ask? To make games look visually stunning! This is why Old Moon studios came up with such a game as Ghost Song. There is no doubt some amazing environments are featured in the game. Add to that, the story and visuals of the game are worthy of a load of praise. Owing to this, we shall look into whether there is a large screen option or an Ultrawide Support available for Ghost Song.

As amazing as the game is, we will be doing a great disservice if we do not look at some of the game’s features that make it “widescreen” worthy. For starters, the game is set in an alien-like world, below the surface of a moon called Lorian. On top of that, there is beautiful scenery that captures amazing visuals like natural lights and an overall mystical environment. Now, knowing all these are just small pieces of so many more things in the game which will look extraordinary on a big screen, we have to check and see if the game can be played on large screens. Let us dive right in on the answer. 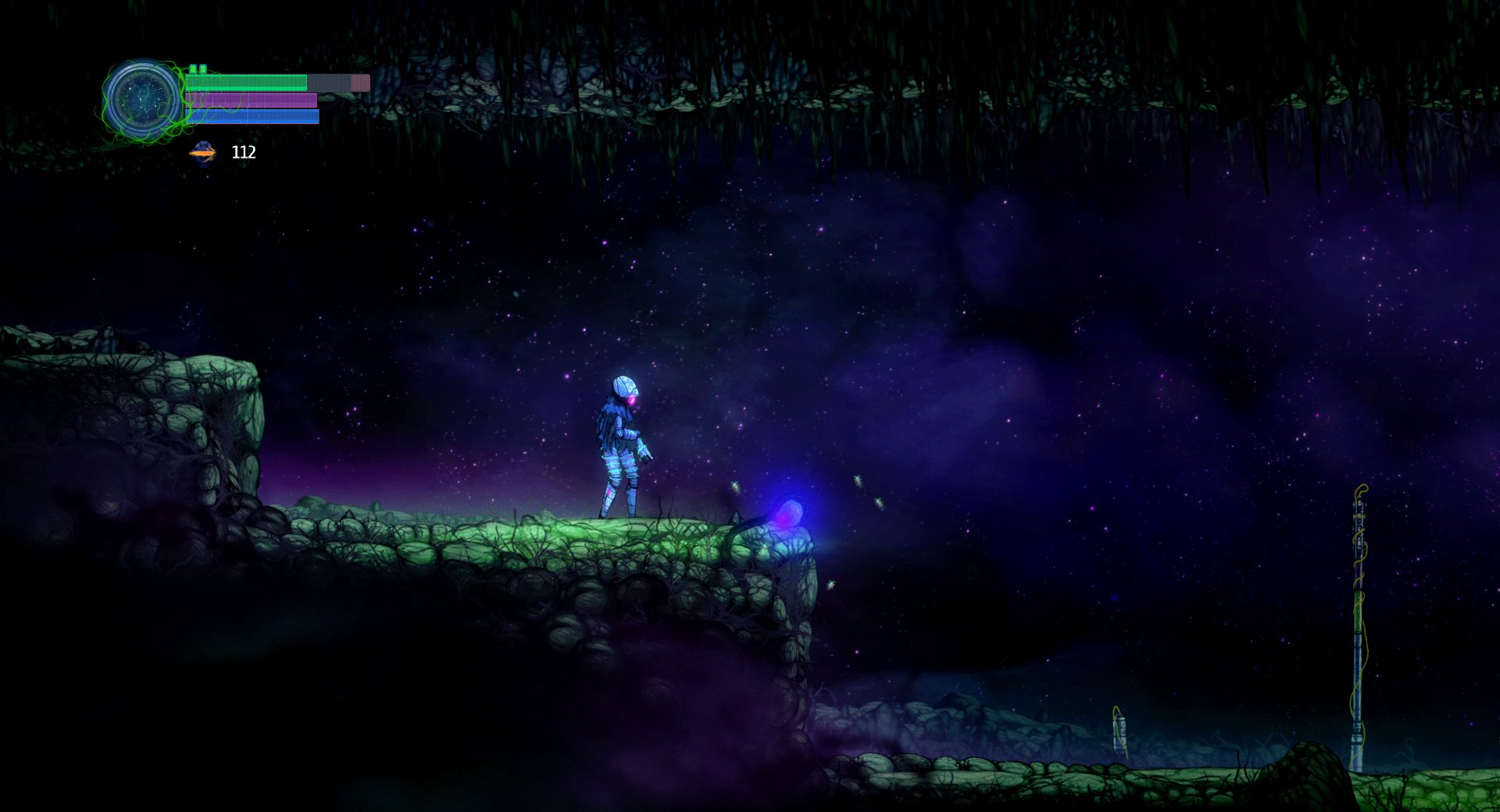 We are all familiar with the concept of home theatres which offer wide screens. Screens that include ratios of either 21:9 or 32:9 is considered “Ultrawide”. Speaking of the game, it does not support Ultrawide. The resolution that is supported by the game “16:9” which is the most commonly used aspect ratio for TV and monitors. This is an official statement that was made by the developers of the game on the Steam discussion community. We do agree that this is disappointing news for the fans who want to fully experience the game’s visuals and cinematics. Needless to say, there is no ultrawide support available but we can hope. The developers have mentioned that as per the demand, they might consider the option of including this feature. In our opinion, this could be either seen in an update for the game or maybe an overhaul.

Nevertheless, since the game is only growing, gamers need to have patience with all its features. In the discussion, the developers have also clearly stated that the players can try to run the game on a wider screen than 16:9, but it will not work efficiently. It might be that the animations on the end of the screen might not play. These are just a few of the many problems that the players might face if they use a larger screen than what’s supported. Anyways, this was our article and we hope you enjoyed it. Keep visiting Digistatement for more.