Pokemon Go is a very popular game all over the world. The game features some interesting mechanics where the players need to find Pokemon in their surroundings and catch them using their phones. It’s a really cool concept and people enjoy it very much. However, this year, things have changed. Due to the ongoing pandemic situation across the world, lockdowns were imposed earlier in March, 2020 throughout the world. However, now government of many nations have eased the restrictions. Niantic also made many changes to the game such that players have to venture outside a little less & they can enjoy it by the comfort of their home.

But it seems like some German PoGo fans are more enthusiastic to play the game outside as in order to curb the density of Pokemon Go players, German Police are now ticketing PoGo players for violating the Lockdown Rules.

Here’s everything you need to know

r/ TheSilphRoad, one of the top pages in Reddit for PoGo news and updates has featured a post which shows that from now on German Police will be ticketing PoGo players. Witnessing the craze of PoGo players for catching pokemon, German Police have imposed new rules so that the density of players roaming outside is reduced to a certain level. 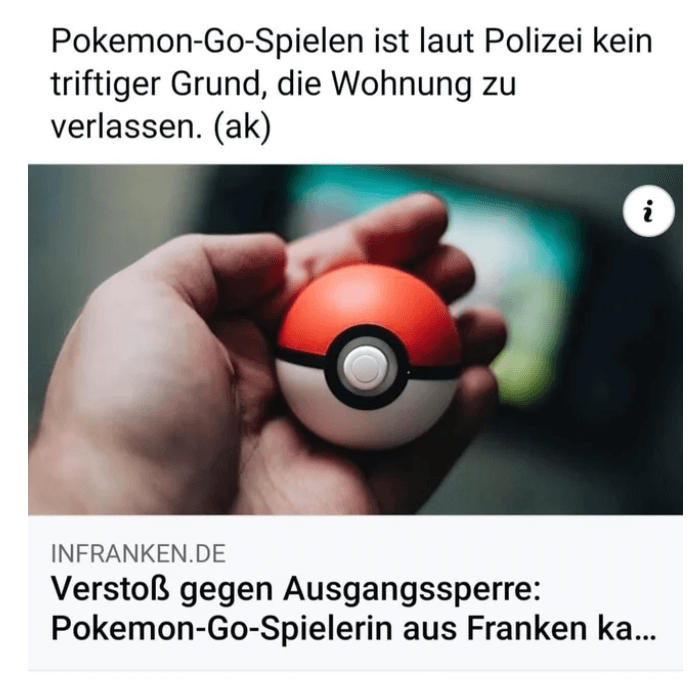 However, this rule will not be permanently imposed. It is for the time being to control the situation. When the news came out, the PoGo community did not take it well and many negative feedbacks were seen.

Although some German players have reacted to this post & said that, this rule is only applicable after 9 pm & is put into place at Ausgangssperre location.

PoGo has a very wide range of players which means a variety of people are consistently putting their efforts and time to level up in-game. With such strict rules being live, it will be difficult to maintain the same pace and will upset many players. We can’t say for sure when this rule will be withdrawn but until then, all we can do is wait and play safely following all the safety norms.