Genshin Impact update 1.1 will be the game’s first big patch. With the first patches of games, we can make predictions on the sustainability of the game in the future as multiple cool and useful features are added on like the Reputation system.

Update 1.1 is fast approaching in Genshin Impact and it is via a post on the game’s website that miHoYo gives us more details on the exploration system as well as on the reputation system, which comes to celebrate their arrival during of this version 1.1.

The reputation system had already been presented a week ago in a live. Thanks to it, you will be able to obtain various and varied rewards according to the regions of the game.

This new system will not be unlocked once you start your adventure. It will be behind some prerequisites conditions for access. We have listed them for you below to help you prepare better.

How to Unlock the Reputation System

To unlock the reputation, you will need to reach a certain level of adventurer (or AR) and have done certain quests.

For the moment, the reputation only exists in these two regions but it should be extended to other regions later.

How to find out your Reputation Level

To find out your reputation level, two new NPCs will arrive with the update.

How to increase Reputation? 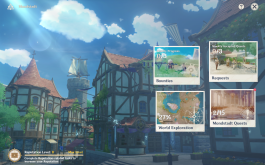 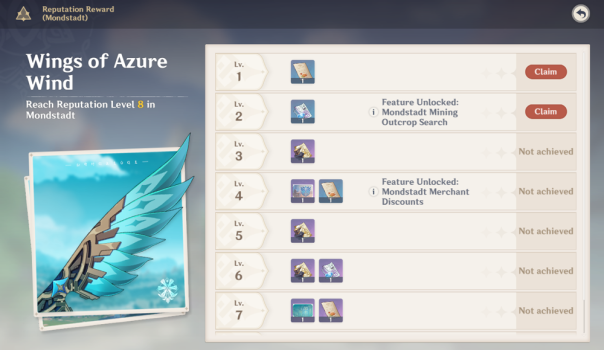 By increasing your reputation level, you will get a whole bunch of rewards that can range from gadget plans to gliders, themes, recipes and even special features.

Now let’s go over the various gadgets that will be arriving that we already knew existed, but this time around we have all the details about them. Let’s start with the Anemoculus and Geoculus resonance stones

What are Anemoculus and Geoculus Resonance Stones?

To obtain the resonance stones, you will have to reach level 2 for each region. (Mondstadt for that of Anemoculus and Liyue for Geoculus)

Once the plans have been collected, you will need to craft the stones using the summary tables available in the cities.

To use them, simply activate them for an area on your map to appear, showing you the location of the missing oculus in that area. Be careful, in any case, you will not have the exact location of each of its oculus. In addition, here are some details about this object:

Don’t have enough original resin? A new item arrives requiring this energy as well as moras. Condensed Resin can be used to revitalize Energy Line Flowers and Petrified Trees in dungeons that require 20 Original Resins, resulting in 2 sets of rewards at a time (both sets being random).

To get condensed resin, you will need to reach level 3 of reputation in Liyue.

Are you tired of going through your inventory menu to feed yourself? Well, Genshin Impact will allow you with v1.1 to have a bag that can contain two dishes to use quickly without going through the menus. Learn how to get Nutrition bag v30. Be careful because this pocket has its peculiarities:

What is Adept’s Cauldron

Thanks to this gadget, you can cook your meals no matter where you are, and that’s cool! However, you will need to reach Liyue’s reputation level 5 to access this cauldron’s craft plan. Here is the list of the particularities of this portable cauldron.

Surely you were expecting it but it is coming, your pocket teleporter allowing you to create a teleport point anywhere in the world of Teyvat. This teleporter will remain active for 7 days from its activation. Of course, there can only be one custom teleportation point active at a time.

How to use Anemo and Geo Treasure detectors

These detectors show you the location of the chest closest to you by creating a kind of light path to said chest. there are several types of detectors (Geo and Anemo). You will therefore need to have both plans to take advantage of the two detectors in the Liyue and Mondstadt regions.

The detector recharge time depends on whether a chest is nearby or not.

With this reputation system, new features are arriving in different cities. Let’s take a closer look.

How to Search for Mineral Deposits 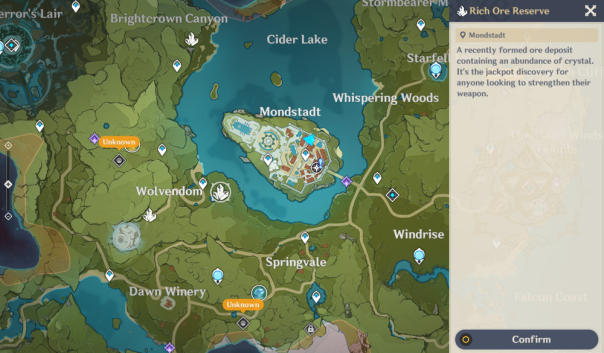 Thanks to reputation, it will be possible to have discounts on products from merchants in cities.

Whether Liyue or Mondstadt, you will need to reach reputation level 4 in the region.

This system allows you to see your progress in each area of ​​the map if you zoom in to view the areas. 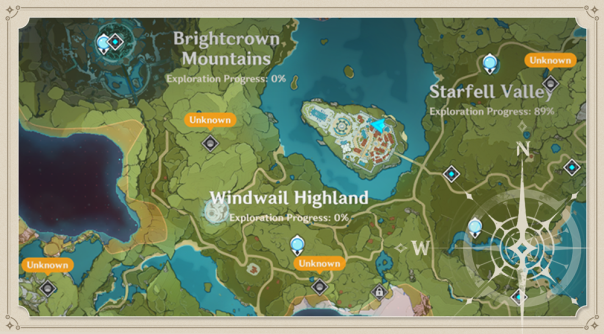 A new menu that may please you if you have the soul of a collector. This is the archive menu which has a lot of information about what you have had in the game at any given time. In this menu, you will have several categories.

Follow us for more Genshin Impact news and updates.

Home Assistant Companion App 3.0.0 for Android to release soon: Here are the features and changes

Home Assistant Companion App 3.0.0 for Android to release soon: Here are the features and changes