FuboTV refers to an American streaming television service. It focuses mainly on channels that distribute live sports. This includes NFL, MLB, NBA, NHL, MLS, and international soccer along with news, network television series, and movies. It was launched on 1st January 2015 as a soccer streaming service. It then changed into an all-sports service in 2017. It then became a virtual multichannel video programming distributor model. FuboTV still claims itself as a sports-first. Its expanded channel lineup targets cord-cutters and offers a selection of major cable channels and OTT-originated features that can be streamed on various devices.

There are various service options with different channel lineups. This includes the base package. The base package has 100 channels and add-on packages like Extra, Sports Plus, Latino Plus, and Portugues Plus. The company claims that it closed 2020 with around 548,000 paid subscribers. This includes 92,800 additions in the fourth quarter of 2020. Fubo has mentioned that it exceeded $100 million in quarterly revenue for the first time.

In 2017, it has launched features like Cloud DVR storage, pausing and unpausing live streams, and lookback of previously aired content for 72 hours. It provides two simultaneous streams as a part of its basic subscription package. 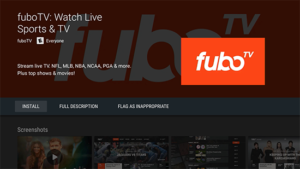 Now Samsung TV users have recently complained that they are facing certain problems while using FuboTV. A user said that the app is working without any problems on his Roku device. But when he tries to use it on Samsung TV, it takes around 10 to 25 minutes while he tries to play content along with closing and reopening the app at the same time. He said that menus work fine and he can also select a channel. But other than that, nothing else on the app is working.

People have also complained that the app is facing freezing issues while they use it on Samsung TV. Users said that most of the time, the app freezes on the launch page and does not progress any further than that. People said that despite having a strong internet connection, the app is not working properly on Samsung TV. If you are facing the same problem, there are a few things you can try to fix by yourself –