Friday Night Funkin’s newest update, Week 7 will be up for release in the next week or two. Well, to back this info, we have enough tweets from the devs. Continue reading to know more.

The rhythm game developed by @ninja_muffin99 has taken over the gaming community by a storm. Featuring the love story of a boy, FnF has reached unimaginable heights in terms of popularity. The story comprises of a boy who is desperately trying to impress his girlfriend but fails as he faces hurdles on his path. He has to defeat anyone who stands in his way in a battle of music. The player takes control of the boyfriend and has to help him win the game to get the ultimate reward. 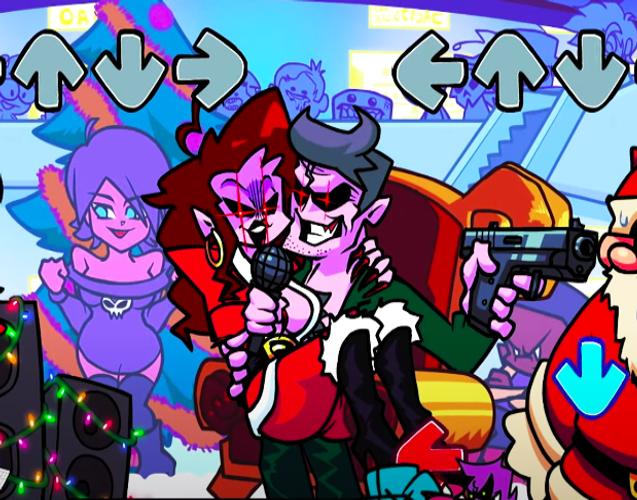 FnF features some of the coolest tracks in-game. The game contains several weeks of content with each week having 3 levels and 3 different songs. With new updates releasing after every 2-3 weeks, FnF is poured with new tracks and characters. Well, that being said, the newest update for FnF, Week 7 is due for release.

There has been little to no information regarding the release date of the Week 7 update as the FnF team has been playing games with their fans. The recent tweet by @PhantomArcade3k(artist for FnF) has a unique and confusing perspective to it which can be seen below-

He mentioned Monday. Also, @ninja_muffin99( developer of FnF) has retweeted this tweet which makes us believe that this might hold true for the release date of the Week 7 update. In addition to that, in the recent live stream of @ninja_muffin99, he stated the fact the game will be released on 26th March 2021 or early April. But the live stream has been removed now.

However, they confirmed that the work for the Week 7 update will be done by March. So, if the game isn’t released on Monday or on 26th March, then expect it to be released in April for sure.