Friday Night Funkin'(FNF) is a cool rhythm game. This game is based completely on music and rapping battles. The player of this game can play two modes in the game. Two of the mods includes a Story Mode and a Freeplay Mode. In story mode, the player has to defeat the opponents one by one starting from the ‘Daddy Dearest’. Each week usually include 3 song-battles that player has to win. On the other side, in freeplay mode, player can choose a song-battle according to his/ her choice. The controls of the game are basic but it is not that easy to play. When the level gets harder, it is really very difficult to hit correct notes at the right time.Mods of this game have boosted up the new content in Friday Night Funkin’ community. Mods releases frequently in the Friday Night Funkin’ community as it is an open source game.

The game has created a lot of fans lately. The fans have loved this game so much, that they are not able to stop themselves from playing it, even on the devices provided to them from their schools. There are also various types of mods released for school-provided devices like Chromebook. As a result of this situation, Friday Night Funkin’ has faced some blocks. These blocks can be initiated either by schools or by parents. But the community of Friday Night Funkin’ has grown so large that it comes up with the solutions anyway. So, where can you play these unblocked Mods? 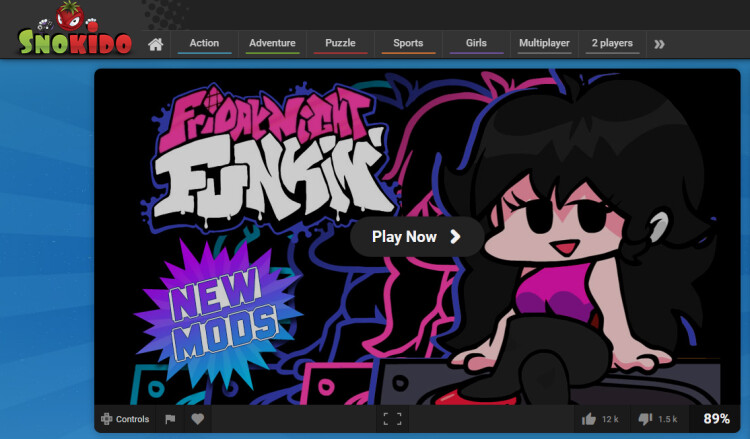 Snokido is an online gaming platform. Snokido allows you to play several kinds of Unblocked mods of Friday Night Funkin’. There are various kinds of mods that you can play on their website. These are :

You can check out their website to play these mods online or you can simply head here.