The latest Kirby Mod of Friday Night Funkin is amazing. Read the full article to know more about this mod and Download it.

The latest Kirby Mod has added Kirby as a rival for the Boyfriend. In this mod, Kirby has replaced Daddy Dearest from Week One. Although, the Mod maker, Jorge has confirmed that in further versions of this mod, you can play against Kirby as a separate week. Kirby Mod has replaced two, out of three songs in the first week. If you want to play against Kirby, just start playing the first week or select the Bopeebo song from the Freeplay mode.

The graphics in the Kirby Mod are also different from the original game. You will not see a girlfriend sitting on the speaker when you are playing against Kirby. The background is showing green farms with flowers and Big Donuts. The Mod Maker surely has added his taste of imagination to this mod. 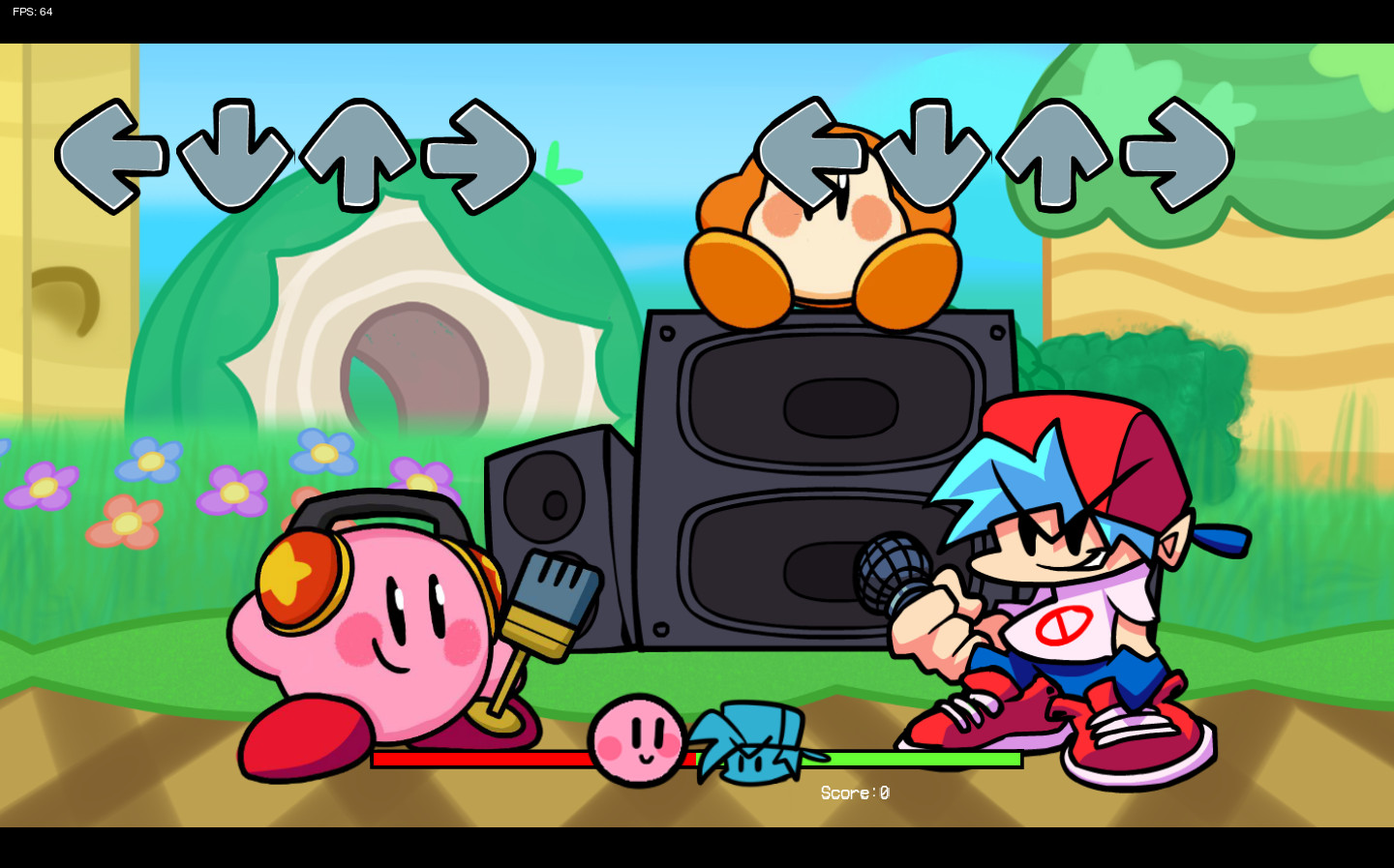 Kirby Mod is currently a work-in-progress. Mod maker has mentioned that there will be a separate week added for Kirby and Daddy Dearest will come back again in the Kirby Mod. Other upcoming features, on which the mod maker is currently working are, fixing up the Boyfriend’s vocals and third song for Kirby’s week.

The Mod Maker has also mentioned that this is just a prototype for the Kirby Mod and many things will be fixed and released in the further versions of this Mod.