Regardless of Friday Night Funkin’s undying popularity, after a long period of tme, the game might just seem to be too obvious and monotonous. But that is where FnF knows how to please its fans, being an open-source game, it comes up with new skins and updates every week which till now has proved to be enough to keep a hold on the fans. 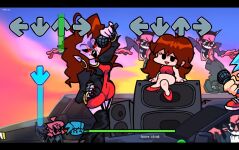 This mod is actually the perfect mod to permanently end that unvarying nature of the game. This mod does a severe restructuring of the game by changing all the characters, the tutorial songs, and all the songs of week 1-2, background, and icon grid from week 1-5. This mod intends to provide you with a retro look that will surely prevail in luring the bored players back into this game.