Microsoft’s beloved gaming franchise and racing simulator, Forza Horizon has been blessing our console systems and PC’s for almost eight years now with fast cars, daring roads and exotic locations. Fans eagerly wait for the next entry in the Horizon series, Forza Horizon 5. Although not much news and confirmation has been received from the side of the developers, fans still speculate things such as the set of the game, it’s new features and it’s release date. Microsoft has never failed to deliver a good Horizon game, as they make sure to make the next entry bigger and better than the last one. This makes fan speculation ever so more important for us to examine. So here are some of the predictions and speculations we’ve gathered to help you paint a picture.

Over the years, we have drove around in Colorado, sped through Australia and paid our visits to two European countries but never have we touched Asia in the Forza Horizon games. Could this be our next stop? There is a massive request among the fans, for the next game to be set in Japan (unintentional rhyme). Over many websites including Reddit, fans of the series have conducted polls to seek the choice of the majority and Japan has seemed to bag in most of the votes. We might just get to visit it. 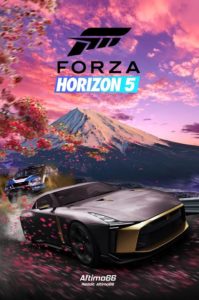 They made a whole movie about drifting in the streets of Japan. Please bless us with the opportunity to do the same.

While we are in Japan, fans would love to see a bigger and better map than the one we got in Forza Horizon 4. Since the game is set to launch on the new generation of Xbox, the game can utilise its power to give us a larger and denser map. However Microsoft has also mentioned that for the next few years all games would be exclusive for all iterations of Xbox One, and it is highly unlikely that the current gen would be able to handle larger maps. So it could be possible that Forza Horizon 5 will have the same sized map as Forza Horizon 4. A solution to this issue can come by excluding Forza Horizon 5 from being released on current gen Xbox iterations or by developing a separate port for the same. Here’s a concept map that would look cool : 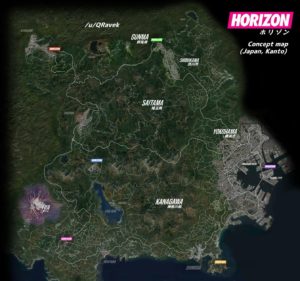 More car customisation options such as neon kits, smoked headlights, interior customisation and body kits would be very welcomed. I’m sure some people would like to drive around in an anime themed car. 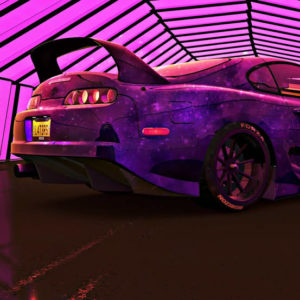 While we’re at it, it would be a good time to introduce car wearing and tearing such as mileage and maybe fuel and oil types which affects performance just like in real life.

With the new entry, the AI should see an improvement with congestion, traffic lights and other cars.

If you haven’t noticed, there is a pattern with the release of the Forza Horizon games. Since Forza Horizon 1, each new entry comes out 2 years later in September. If we connect the dots then Forza Horizon 5 should knock at our doorsteps in late September of 2020! However it is unlikely as many studios have halted or slowed down productions amidst COVID-19. Moreover Microsoft has been still releasing DLC updates for Forza Horizon 4, making it suspicious that they plan to launch the next entry this year.

We may get to see Forza Motorsport 8 this year and Forza Horizon 5, at best in late 2021, but like mentioned before that’s just a speculation.

Fans have heavy expectations from the series and its a matter of waiting to hear from official sources.